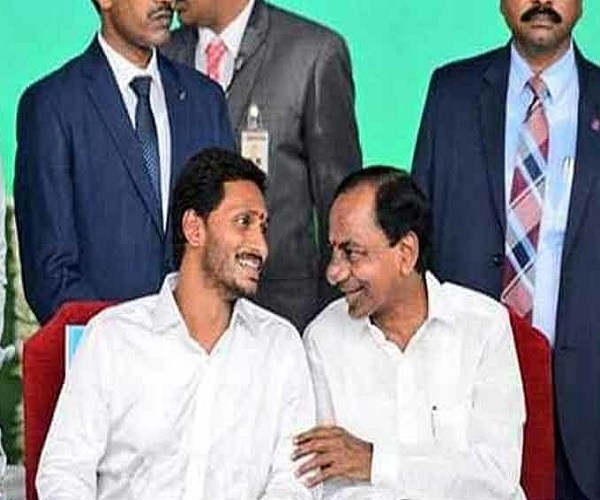 When KCR stormed to power he was still a leader of an agitation that catapulted him to power. It is but natural such leaders take tough stands on issues. The fact that the Reorganisation Act was badly drafted and left lot of things vague also led to avoidable friction in settlement of issues post- bifurcation.

But still the progress in settlement of division issues was by no means small. Let us first see the issues that got settled briefly before we address the unsettled issues. First and foremost, All India Service officers division was done within the first six months of the bifurcation of the state. This is possible because the initiative as expected taken by Government of India by setting up of Pratyush Sinha committee.

It was done quickly and officers got settled in the respective cadres and started functioning quite early. The division of the other staff down the line is also by now completed except in certain cadres where pending litigation came in the way.

The two contentious issues that are still to be settled are Schedule 10 and Schedule 9 institutions. Regarding Schedule 10 institutions which are mostly training institutions the matter is carried to courts for a decision based on which Government of India has already given an order for distribution of corpus on population basis while assets are to go to the state where they are situated.

ALSO READ:  Are You Interested To Become Rajya Sabha Member?

Best solution would be for AP government to withdraw the High court case and either Telangana government or central government compensates Andhra Pradesh to build these institutions afresh in the residuary state. Schedule 9 institutions, it may be much easier to bifurcate, since already committee headed by a retired IAS officer Sheela Bhide is seized of the matter.

Since the headquarters are going to be divided on the basis of population the portion that comes to the share of Andhra Pradesh can be sold to Telangana at the market value and institution headquarters built in Andhra Pradesh with those sale proceeds.

Alternatively certain buildings of the Schedule 9 institutions can be allotted to Telangana in full and other buildings to Andhra Pradesh in full . Then Andhra Pradesh government will have the freedom to sell the buildings which come to its share to whomsoever it wants at the market value. With an approach of give-and-take it will not be difficult to find an amicable solution to the problem including that of division of employees.

There is a lacuna in the AP Reorganisation Act with reference to deferred tax payment and honouring of liabilities which is resulting in about 3000 crores rightfully belonging to Andhra Pradesh getting paid in Telangana as the registered offices of those companies are located in Hyderabad though the manufacturing facilities are located in Andhra Pradesh.

Electricity dues which Andhra Pradesh is claiming from Telangana can be sorted out on an amicable basis based on principles of justice and fairness. When this issue was raised when I was chief secretary Telangana government did not dispute the amount but only wanted time and installments to pay it.

Team of officers who are entrusted this work both in Telangana and Andhra Pradesh are known for their objectivity ,fairness and reasonable approach .Solutions for pending issues can be found quickly if they are trusted by both the chief ministers and asked to work out a fair and just solution. That brings us finally to the issue of river water sharing.

This is not just an issue between Telangana and Andhra Pradesh but between all riparian states and regions and will take time for resolution. There are conflicts of interest not only between states that also between regions and need to be left to expert bodies to study the issues and give fair and just awards keeping the best interests of different regions their rights and needs. #KhabarLive