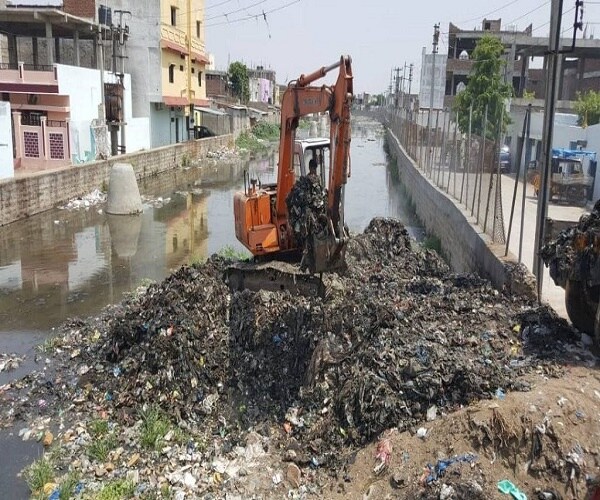 In Hyderabad, several leaders and government officials are suffering from ego-politics. This is concerning the severe damage to the common people grievances. Majorly, civic concerns, issues are neglected by this ego-politics. The sheer example is fastest growing Shaikpet area near Tolichowki in Hyderabad.

Neither the corporator nor the local MLA nor the civic authorities are responding properly in the sheer neglected area of Hyderabad is Shaikpet in Tolichowki. The political ego is the main cause for this neglection.

The ego war between three political parties is leaving Shaikpet residents in the lurch. The residents claim that despite several representations to lay storm water drains and clear up water stagnation, neither the corporator nor the local MLA nor the civic authorities are responding.

Iqbal Ahmed, president, Laxmi Teja Development and Welfare Association in Shaikpet, said that the residents have knocked on the door of Secunderabad BJP MP and Union minister of state for home G. Kishan Reddy, Jubilee Hills MLA Maganti Gopinath who belongs to the TRS and Shaikpet corporator Rasheed Farazuddin of the MIM, to resolve several issues including mosquito menace, irregular lifting of garbage, water stagnation and laying of new storm water drain.

“We have been living in such a vulnerable condition in the heart of the city, where there is no sewerage line, no storm water network, stench emanating from garbage and mosquito menace. Instead of resolving the issue, public representatives get offended if we meet someone from a different party,” Reddy said.

ALSO READ:  Yakutpura In Hyderabad - The Bastions Of A Different Time

“Vexed with the attitude of politicians, we have given a representation to the Greater Hyderabad Municipal Corporation and Hyderabad Water Supply and Sewerage Board. However, our grievances have been pending since a year,” he said.

Echoing his concern, another resident, Raheem Khan said that every year the residents have been spending whopping amounts on JCBs to lift the garbage in the area once a week and this has been going on for several years.

“We have been doing it since we can afford it but poorer areas cannot, and they are prone to dengue, malaria, and have to put up with the foul smell and water stagnation 365 days a year,” Khan told #KhabarLive.

He said representations were made to all three elected representatives, “who claimed that they did not have the money to resolve the issues and same has been the case with the civic body. We urge the government to rescue us from such vulnerability. We have been paying our taxes on time and still we have to live at the mercy of public representatives and officials,” Khan added.

ALSO READ:  Is This New 'Consumer Protection Bill' Viable or Not?

When #KhabarLive tried to contact the public representatives and officials, none of them were available for comment on the issue. #KhabarLive