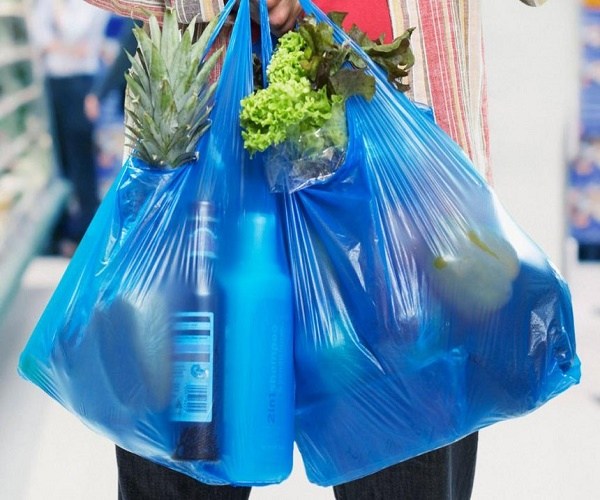 Each time a customer goes to a retail shop or supermarket, they pay for plastic carry bags. But do these stores have permission to do it? Under the Central Government’s plastic management rules, retailers must apply for permission and need to pay an annual fee.

Though the Ministry of Environment, Forest and Climate Change omitted this rule, the Telangana government passed an order in December 2016 that says that shop keepers shall register with the local body and have to pay plastic waste management fee of minimum Rs 48,000 per year, or Rs 4,000 per month.

Almost all retail stores and supermarkets in the city that sell plastic carry bags charge anywhere between Rs 5 to Rs 10 for a carry bag. Stores like Ikea charge Rs 50 for bags with their brand name on it.

ALSO READ:  A 'Good Friday' Message For All Indians

As per the G.O, plastic carry bags below the size of 50 microns were banned across the country. But within these rules is a section titled, “Explicit pricing of carry bags,” which noted that local bodies, such as the GHMC, can levy Rs 48,000 a year or Rs 4,000 per month on the shops and street vendors willing to sell plastic carry bags.

But when #KhabarLive spoke to three licencing officers with the GHMC, none of them were aware that such a plastic waste management fee could be collected from retailers selling plastic carry bags in the city. “We only look at whether the shops are selling plastic carry bags below 50 microns,” said B Gopal Rao, an assistant licensing officer with GHMC.

According to the GHMC’s solid waste management department, the city generates anywhere between 1,700 to 2,400 metric tons of waste a day, and almost 25% of this waste generated is just plastic. Over 50% of the plastic ends up in landfills and are never recycled, officials say.

According to the rule book, the fund of Rs 48,000 collected from each shop that sells plastic carry bags could be used by local bodies to develop sustainable waste management systems in the jurisdiction.

But those with the Hyderabad-Secunderabad Retail Dealer’s Association say the existence of such a rule was never passed down to the retailers. “It was us shopkeepers from Hyderabad who insisted some five years ago that the plastic bags should be charged a fee to discourage its use. But after the rules came into effect there has been very little communication from local bodies for its implementation.

ALSO READ:  Now, BJP Focus On GHMC Elections To Strengthen Its Base In Hyderabad

There is also very little coordination between the retail shop owners so there are meetings being held where these issues can be discussed. The existence of such a rule was never communicated,” said Dr Dilip Kumar Pansari, honorary secretary of the Retail Dealer’s Association. So what do retailers do with the profit they earn from selling plastic bags? “Some retailers allow the employees to divide and take home the profits that are generated from selling plastic carry bags, while some pocket it,” he added.

In the meantime, Vijay Gopal the president of Hyderabad-based Forum Against Corruption has filed a complaint against the Paradise chain of restaurents in the consumer forum for charging customers for plastic bags without being registered with the GHMC. #KhabarLive