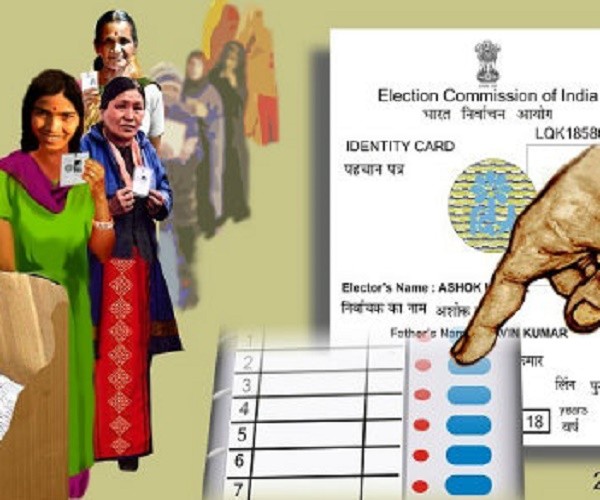 Simultaneous elections runs the risk of undermining the representative gains that political decentralisation of the last two decades have made. In recent months, the BJP government has missed no opportunity to seek public support for the “one nation, one election” project. The goal of simultaneous elections lays bare this government’s deep centrist bias.

This is a marked shift from its early days when it sought to position itself as a champion of State autonomy and “co-operative federalism”. Understanding the full import of the centralising nature of this proposal requires engaging with the vulnerabilities inherent in Centre-state relations today and the effects that varying degrees of political, administrative and fiscal decentralisation have had in shaping this relationship.

The ‘One Nation, One Election’ project is being sold to the public as a far-reaching reform that will reduce costs and improve governance by freeing politicians and administrators from the constant demands of electioneering. The questionable validity of this claim aside, it is hard to ignore the centralising nature of this proposal. The practicalities of ensuring synchronous elections, especially in the event that elected governments lose their majority mid-term, requires crucial amendments to the Constitution that will modify terms of the legislature and extend the powers of the President. This as critics such as C Rammanohar Reddy and K Ananth have argued in a recent essay, can serve to alter the basic structure of our federal architecture and, in so doing, undermine the political autonomy of states.

Somewhat paradoxically, this increased political decentralisation created the opportunity for chief ministers to aggregate power within their offices and run states in a centralised, personality-driven manner. These chief ministers, as political scientist Louise Tillin argues, have been deft at leveraging India’s centralised fiscal architecture, claiming credit for central schemes when implemented well and, I would add, blaming the Centre when implementation is uneven. The Centre, too, has taken advantage of this decentralised political environment to blame states for policy failures, paying scant attention to its own role in promoting centralised schemes and failing to build consensus on crucial issues.

ALSO READ:  The 'Bare Truths' And 'False Claims' Behind 'CAA's Link With NRC-NPR'

This ability to apportion blame and credit as convenient has influenced voting behaviour. Drawing on CSDS data which shows that in both the 2009 and 2014 national elections, over half of all voters gave more or equal importance to the state government as compared with the central government in making voting choices, Tillin argues that voters in national elections are likely impacted by state government performance. In other words, state politics can influence the fate of the party in power at the Centre, even in the case of a single-party majority government. This reality has framed the often conflictual dynamic of Centre-state relations in recent years.

Against this backdrop, Prime Minister Narendra Modi’s early slogans of “co-operative federalism” and “Team India” held some promise for building a new consensus-driven approach to Centre-state relations, one that would complement political decentralisation with greater administrative and fiscal decentralisation, thereby deepening federalism. But in promoting the ‘One Nation, One Election’ project, Modi is clearly signalling that the pendulum has swung the other way.

Evidence from India and across the globe shows that simultaneous elections have the potential of aligning outcomes of state and national elections, creating the possibility for national parties to make greater gains in the long term. In other words, simultaneous elections can serve the objective of centralising politics. This is the anti-thesis of “co-operative federalism” and runs the risk of undermining the representative gains that political decentralisation of the last two decades have made.

The increased importance of state politics and enhanced multiparty political competition in India over the last two decades is a direct consequence of the deepening of our democracy and the concomitant demand for greater inclusion and more effective representation. It has also fuelled much-needed innovation in states, especially in social policy. This ought to be celebrated, preserved and improved through more effective decentralisation. The ‘One Nation, One Election’ agenda threatens the one thing that is right about our democracy. #KhabarLive