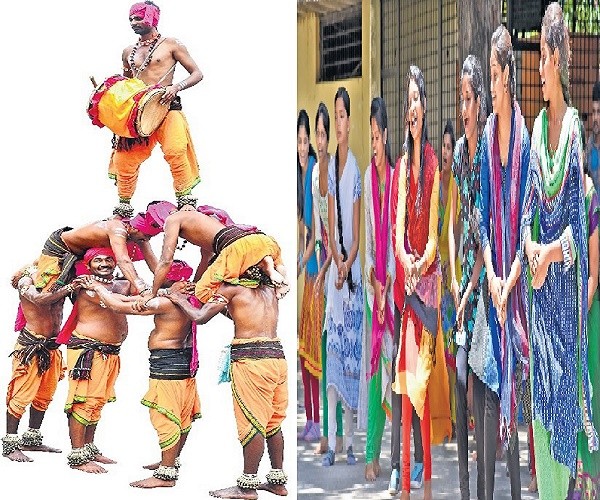 Ever since the formation of the youngest State, all eyes have been on Telangana to see how it would propagate its varied art forms, language, literature and culture. Despite apprehensions, the State government did manage to do a wonderful job in highlighting old and new talent.

If one were to compare its performance with other culturally rich States, it has overshadowed West Bengal and Kerala which held the numero uno position for a long time. It is not without reason that well-known Kendra Sangeeta Academy, Kendra Sahitya Academy and National School of Drama sat up and took notice of the new State.

Deccani culture has also carved out a position on the map. Not many know about the influence of this culture which marries the North with South. Both sides share a common love for art forms such as the evergreen ghazal, Urdu shayari and Kathak dance, which enjoy a good patronage here.

Hyderabad’s art forms with strong influences of North Indian and Persian styles of art have long flourished since the times of the Qutub Shahis and the Nizams. Strong support and consistent efforts on the part of the government have led to their revival as seen in the special Deccani Urdu festivals, showcasing the arts of Qawwali, Mushaira and Mazahia mushaira, ghazals, Deccani theatre, etc.

Long forgotten dance forms such as Perini, known as the dance of Telangana, is set to witness a major revival thanks to the efforts of the Department of Culture. Performed during the time of the Kakatiya dynasty, soldiers used to perform the Tandavam, a warm up before heading to war, while the Laasyam was performed by women once the men returned. In a major boost to the dance form, for the first time, a new syllabus has been framed and introduced in the Government Music and Dance colleges.

Lecturers for this dance have been specially recruited and the syllabus approved by the Potti Sri Ramulu Telugu University. Recognising the immense talent in the State, the government is encouraging artistes by giving awards with a cash prize and providing pensions to retired artistes and their families.

Language too has received a major stimulation owing to the Madras High Court awarding classical status to Telugu in August 2016, after a seven-year-long case due to the initiative of the Department of Language and Culture. The department furnished evidence that Telugu existed over 1,000 years ago and quoted Pampana’s contributions from the 9th century. Pampana was the first Telugu poet who lived between 902 AD and 975 AD in Vemulawada, Telangana.

Keeping up with the current advancements in technology, the Department of Culture is also providing a platform to aspiring, young short film directors through Cinivaram. “The idea is to give a chance to young talented directors where they can showcase their short films and get some insight into the audience reaction,” says Mamidi Harikrishna, Director, Dept. of Language and Culture, Telangana. Tharun Bhascker Dhaassyam, the director of the surprise hit film, ‘Pellichupulu’, is a product of Cinivaram who had lost hope that his genre wouldn’t match current film trends.

Dhaassyam was encouraged to try again after his short film was shown at Ravindra Bharathi. “We are getting many applications for this programme. We are here to help talented people give form to their dreams,” adds Mamidi Harikrishna. Book fairs, workshops on scrap sculpture, Oggu katha, mythological dramas, Chindu yakshaganam, Perini targeted at youngsters are also being conducted regularly. Owing to the cosmopolitan culture of the city, contemporary arts are also seeing a lot of growth with their own audiences. It’s also due to the affordable prices of venues which artistes can choose according to their budgets.

There is space for all types of programmes, be it Ravindra Bharathi to amphitheatres such as Lalitha Kala Thoranam, which offer reasonable rentals.

The development has been steady, but the State has certainly made a mark on the culture radar of the country and is sure to reach newer heights in the days to come. #KhabarLive