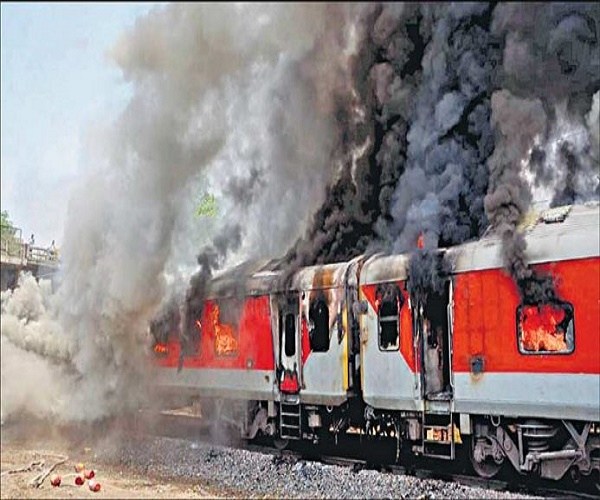 In the recent days, the train mishaps increased in SCR trains, created the fear in passengers not to travel due to the non-maintenance trains, fire accidents, lack of cleanliness and poor service. Apart ferom these, the frequent fire incidents in trains, passengers are on the edge, wondering how safe are our trains.

The fire in two coaches of the Secunderabad-bound Manuguru Express around midnight on Monday has only aggravated their fears, apart from opening up a debate on whether our trains are fire-proof and ready to tackle incidents like this.

Safety has always been a major concern for the Indian Railways, which has crores of passengers boarding and departing trains every day across the country. In South Central Railway (SCR) alone, more than 10 lakh passengers travel in 275 express trains, 348 passenger trains and 121 MMTS services.

According to SCR, they have a fool-proof system to deal with fire mishaps. In long-distance trains, the fire extinguishers are set up in AC coaches and also with the guard and driver. However, passengers are worried whether these fire extinguishers will be accessible if there is a blaze in one of the general bogies.

Officials said that there are several other fire safety provisions as well, like emergency windows with breakable glass painted in red for easy identification along with fire extinguishers and a hammer in every AC coach while there are at least four emergency window exits in every sleeper class compartment.

“To ensure smooth operation of trains, we conduct regular checks of the electrical equipment and its maintenance. Every long distance train undergoes primary inspection six hours prior to the journey and authorities check the condition of the brakes, AC maintenance, electricity supply and fire safety,” a senior railway official said.

The recent fire incidents include one on March 5, when a fire broke out in the pantry car of Yesvantapur-Tatanagar express near Gollaprolu station on Rajahmundry-Visakhapatnam section. The car was detached from the train to prevent fire from spreading to other compartments.

Almost a month after this, a general coach of Charminar Express caught fire at Nampally railway station. No one was injured. On August 29, a fire broke out in the pantry car of Telangana Express when the train was about to reach New Delhi station.

On Monday, an electric short-circuit led to a fire in the air-conditioned A1 and B1 coaches of Manuguru Superfast Express. Alert railway staff ensured passengers got off from the compartments. The incident occurred when the train reached the Kothagudem railway station. Some passengers jumped out of the coaches by breaking the emergency exit windows.

Officials later detached the two coaches and allowed the train’s departure during the wee hours of Tuesday by making alternative arrangements for passengers. #KhabarLive