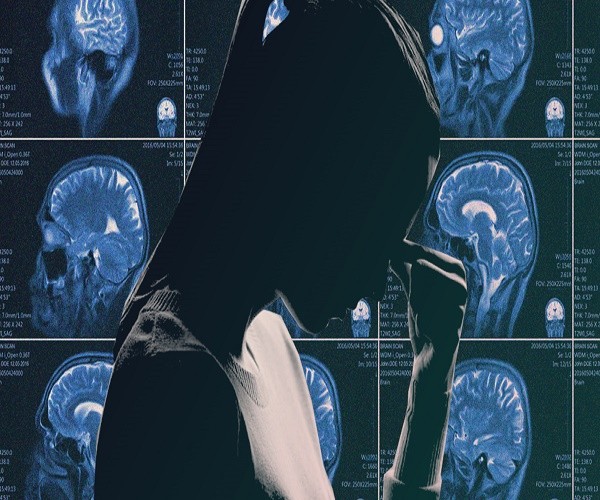 The suicide rate among women is high till the age of 30, post which it falls by almost half. By the time they are 30, many become mothers and that gives them an incentive to stay alive. They feel a sense of responsibility towards their child and that makes them conscious of their choices. Thus, having a child acts as a protective measure against suicide.

The time period between getting married and having a child is a particularly difficult one. They have to deal with living in a new home where they are trying to adjust with their in-laws. Then, of course, issues such as dowry, marital rape, struggling to have a baby add up. All of this coupled with low coping skills and lack of economic independence leads to a lot of stress among under-30 women.

Marriage is known to be a protective measure globally. But in India, and other such low income countries, marriage isn’t a protective measure. It acts as an aggravating factor. Inability to adjust to a new environment and solve interpersonal issues plays a major role in pushing under-30 women to committing suicide.

– “When asked about one mistake of their life, young women said ‘getting married’”
When I worked on my PhD back in 2013, in the area of interpersonal relationships and depression, one of the questions I asked people was ‘what was the one regret or mistake in my life’. More often than not, young women would say ‘getting married’.

In a country like ours where marriage forms such an important part of the social and personal ethos, it made me wonder what were we doing wrong, how were we raising our kids or how are we as a society accepting relationships.

Marriage across centuries has been viewed as a ‘protective factor’ against stress. It is important, however, to deconstruct marriage and assess these ‘protective’ factors vis-à-vis modern-day marriages.

Financial stability, companionship, pooling of resources, societal acceptability as being ‘settled’, and an avenue to have kids have been some of these factors. But what happens when these can be fulfilled outside marriage? What is left then?

ALSO READ:  Hyderabad 'Numaish Aka Exhibition' Reopens To 'Rise From The Ashes'

The problematic factors take over. Feeling stuck in a hopeless and choice-less situation compounded by the daily hassles and struggles make people more susceptible to attempting and committing suicide.

So, how do we battle through this phase where marriage is in crisis? It lies in addressing the need for preparation for marriage. We have birth-prep classes or orientation programmes for new joinees in organisations. There is no such thing for marriages!

Open communication, mutual respect, retention of one’s value system and identity post marriage go a long way in preserving one’s emotional health and making this change a part of one’s growth rather than adding to stress.

– “This data is not just a comment on Indian marriage but on Indian society”
I don’t think this is an either-or choice in the way this question has been framed. It is good that Lancet’s latest Global Burden of Disease report has drawn attention to the high incidence of suicide among Indian women. But this is hardly a new fact. Reports in the past too have pointed to a gender differential between men and women in suicide rates.

To me the relevant issue here is why so many women, married or single, are taking their lives? In marriage, violence is a reality that many women live with. The statistics never indicate the extent of domestic violence, including marital rape that has not yet been recognised as a crime, because of gross under-reporting.

The fact that women feel there is no way out is what compels them to choose death. We must also remember that even today we do not know the extent to which torture for dowry or other reasons resulting in death is passed off as suicide.

Also, not all these women are necessarily married even if they are within the 15-35 age group. Many of them could be single, abandoned, divorced or widowed.

ALSO READ:  'Custodial Killings' Are An Alibi For Failure Of Governance In Telangana

There are many other reasons that push women to choose death over life, including lack of familial support, and opposition to their right to choose who to marry. Therefore, in my view, this data is not just a comment on Indian marriages but on Indian society.

– “Pre-marital education is the need of the hour”
Let me be very honest, I don’t believe in the Yash Chopra-kind of love affairs where one gets married and lives “happily ever after”. This is more imagination than reality.

Having said that, monogamous marriage and family are the most successful institutions in human history. We are all a part of some family or the other.

When I was working as a state coordinator for Kerala State Youth Commission, we had a great opportunity to do intense research on the collapsing family structure in India. The associated challenges were suicide, alcoholism and single parenthood among others.

What we need to follow is the Christian community model of encouraging pre-marital education. Books like Men are from Mars, Women are from Venus, although part of pop psychology, can offer some sort of counselling to young couples contemplating marriage.

In every other arena of life, we are acquainted with the system through an orientation programme, be it in school, college or even in a new job. What we lack is ‘marriage education’. In the US state of Colorado, a marriage education bill was proposed. We have to think on similar lines.

If we are serious about addressing the issue of increasing suicides among married women, then we have to address the root cause – lack of a happy and harmonious life.

– “We need to talk more about mental health & healthy marriages”
Objectively, it is neither one thing nor another. India has a long and sad history of unhappy marriages for women. This is both when women are forced into marriages for various reasons and when they cannot leave marriages for societal repercussions.

India also has an abysmal history when it comes to mental health. People are asked to “snap out of it”. Talking to a therapist is seen as shameful. Discipline or mental rigour — and worse, having children — are frequently touted as solutions to marital problems.

As a country, we need to break out of these shackles. Women need to be able to express themselves much more. Unhappiness in a marital home needs to be an addressable issue. More awareness about mental health and the discourse around it is slowly helping those who are privileged enough to have access to such discussions. Organisations and the government need to take mental health more seriously to help not just women but also men, students, and everyone who needs it, across the country.

Twice the number of married women committing suicide in India versus the rest of the world is indicative of how much stress a married woman faces in India, especially when it comes to balancing a career and attempting to fulfil a traditional domestic role.

As our nation progresses and brings more women into the workforce, whether urban or non-urban, they are now facing an increasing emotional workload that they aren’t fully equipped to deal with. Additionally, there are other extreme problems that several women face, such as marital rape, emotional/physical abuse, or worse, that they often cannot remove themselves from.

Fixing these problems requires a concurrent re-evaluation of both our perceived institutional structure of marriage, as well as our attitude towards mental health. It’s imperative to start educating our next generation that emotional and mental health is an extremely important factor in a relationship. The societal stigma of speaking about these problems need to be slowly eliminated, and we can do so by talking more about mental health and healthy marriages. #KhabarLive