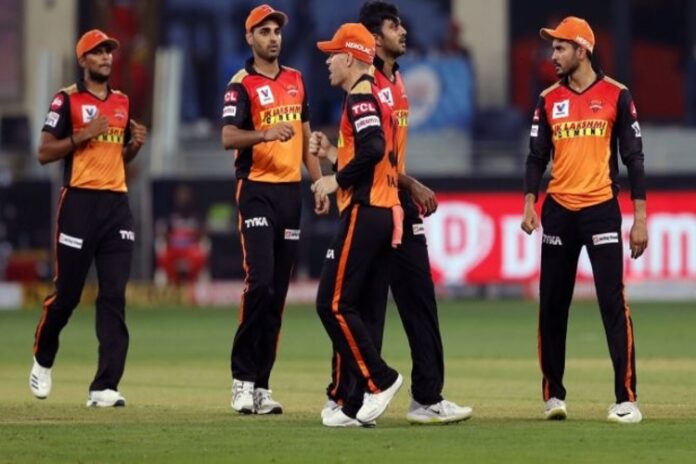 As always, the Sunrisers’ batting will revolve around David Warner, who has topped 500 runs every season he has played for the franchise. Warner will open the innings with Jonny Bairstow – both were exceptional as an opening pair last year, their average stand being 79 in just eight overs.

The middle order, though, once again appears a bit shaky. In the absence of a proven anchor, Manish Pandey may have to bat at No. 4 instead of No. 3, with Vijay Shankar slotting in after him. For the No. 3 position, the Sunrisers may start with Wriddhiman Saha. Their other options are Priyam Garg, who was India’s captain at the 2020 Under-19 World Cup, and Virat Singh, who scored 343 runs at 57.16 with a strike rate of 142.32 in the last Syed Mushtaq Ali Trophy. Kane Williamson can also come in for Bairstow, with Saha opening the innings in that case.

Abdul Samad and Fabian Allen are in the side as finishers. Then there is Mohammad Nabi, who had a fantastic CPL both with bat and ball. With Warner and Rashid Khan taking up two overseas slots, the Sunrisers will have to leave Bairstow out if they want to fit both Allen and Nabi into their XI.

Bowling: Rashid is arguably the world’s best T20 bowler. Even though teams have started playing out his four overs of late, he remains a wicket-taking option. His compatriot Nabi will have a bigger role to play this year given the slow nature of the UAE pitches. If a third spinner is required, the Sunrisers can turn to Shahbaz Nadeem.

Still, a lot will depend on how Bhuvneshwar Kumar fares. Kumar was the leading wicket-taker for the Sunrisers for four successive years, from 2014 to 2017. However, he has struggled with injuries in the past two years and last played a representative game in December 2019. His form in the tournament could be the difference between a top-four finish and a title win.

In the supporting cast, the Sunrisers have a left-arm seamer in Khaleel Ahmed, a swing bowler in Sandeep Sharma and a hit-the-deck bowler in Siddarth Kaul. They also have the option of playing the tall Australian pacer Billy Stanlake in place of one of the overseas players.

Young player to watch out for: The spotlight will be on the 18-year-old Abdul Samad. In India’s last domestic season, the Jammu & Kashmir batsman was the most prolific six-hitter across formats (61 sixes).

Moreover, he hit a six every 13 balls, the best rate among those with a minimum of 25 sixes. In March, just before India went into lockdown, Samad worked with Milap Mewada and Irfan Pathan to further sharpen his game and add shots like the uppercut to his repertoire. Apart from Samad, there is Priyam Garg who has a more all-round game. But it needs to be seen how many matches he gets.

Despite making it to the playoffs in the 2019 season of the Indian Premier League, the general notion was that Sunrisers Hyderabad was on a downward slide and over-dependent on David Warner and Jonny Bairstow. That they made it to the playoffs with Kane Williamson absent for most games was considered a blessing in disguise as the Kiwis skipper isn’t often seen as an out and out T20 player.

The biggest challenge for them heading into the 13th season was that their overseas slots were almost pre-decided with Williamson, Rashid Khan, Warner and Bairstow fixed. Even after a decent auction, it was felt that Sunrisers Hyderabad had done little to solve this conundrum.

But ahead of the season, the franchise made a telling decision by moving back Warner as skipper, plausibly freeing them up the slot of Kane Williamson. The Kiwi can be used as a back-up opener or on slower surfaces while Mohammad Nabi or Fabien Allen can step up as the all-rounder to strengthen a weak middle-order to fill the fourth overseas slot.

In the seven seasons since the franchise was formed, Hyderabad have made it to the playoffs five times, winning the title once in 2016 under Warner’s leadership. One of the most consistent teams in the league, Hyderabad have made some street-smart moves ahead of this season.

The opening duo of David Warner and Jonny Bairstow are Hyderabad’s biggest strength. The two were responsible for the Hyderabad franchise putting on some scintillating starts in the IPL last season. The two laid the base for some rip-roaring starts, easing the load on the middle-order, which was totally absent last season.

This year at the auction, Hyderabad have built a strong, young middle-order core that includes players like Virat Singh, Priyam Garg and Abdul Samad. With Nabi or Allen also present to accelerate, the middle-order is better looking than last season.

Bowling is once again a strength for them with Rashid Khan and Bhuvneshwar Kumar available alongside Khaleel Ahmed, Siddharth Kaul and Billy Stanlake.

Sunrisers Hyderabad have some exciting match-winners in their ranks and even if two of them click in sync, they will be a tough side to beat. If anything, it’s the bowling that’s a bit under scrutiny. Hyderabad should make it to the playoffs and could even be title contenders if they can ace the big games. #KhabarLive #hydnews 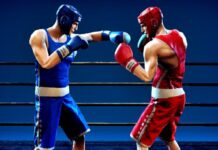