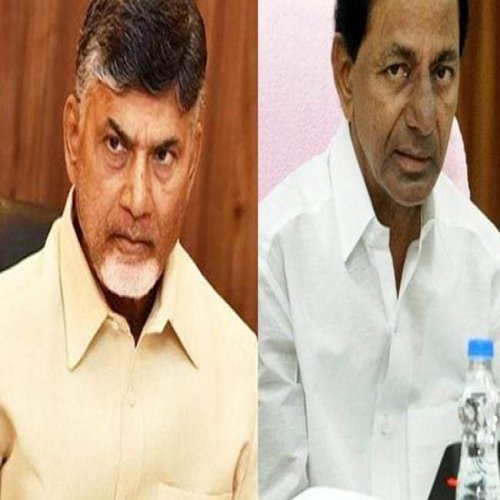 Recently a baseless and silly gossip has seen the light on the banner of a vernacular daily. That is about the KCR’s National Party.

The gossip has elaborated how KCR is inclined towards starting a national party against BJP.

How silly is this? Why will KCR start a new party when TRS is already there? How can he start a party and call it ‘national’?

The gossip writer doesn’t even know the basics of the system. At the most KCR can form a National Front with the coalition of other parties, but cannot/ will not start a new party all alone to combat BJP.

Keeping the logic aside, why did the daily cook this gossip? Let us probe into the details.

It is known that CBN has propagated himself as the saviour of Andhra Pradesh after the bifurcation. The yellow media has supported him hailing his 40 years experience. Though CBN had earlier stated in a public meeting that he would arrest him if he steps into Andhra Pradesh, Modi has ignored the past and given support to CBN in 2014.

With that support CBN came to power in 2014. But within 5 years he has changed the plate and backstabbed Modi for his political reasons. He campaigned against Modi and BJP in such a way that at a point, some have believed that that would affect Modi badly in 2019 elections.

CBN dreamt that he would come to power again, not knowing the facts at grassroot level. CBN was made deaf and blind to the facts by the yellow media giving him the wrong reports. Finally, he lost two things. One, the blessings of Modi and two, the power by the people.

Modi has come to power with a thumping majority. Chandrababu lost the power as well as the support from all corners. All his enemies are in power- at Telangana, AP and the Center.

Now CBN is restless. He has no other way than begging for the blessings of Modi. But that will never happen looking at the scenario.

So, TDP and its yellow media have foolishly conspired with the KCR National Party gossip. It seems this is an indication to the BJP which is trying to hold power in Telangana State that TDP can give support to bulldoze TRS with local experience.

It is known how TDP joined with Congress earlier. So, the party has no ethics when it comes to seeking support. So, similarly, TDP is expecting to join BJP only for mission-Telangana but not in AP. Anyway, BJP is going with Pawan Kalyan in AP.

But is TDP existing in Telangana State to assume itself to be strong enough to play a part in this huge game? Except the office building in Jubilee Hills, the yellow brigade is seen nowhere.

How can BJP believe in TDP? One, its supremo is known for backstabs- both for NTR in 1996 and Modi in 2019. Two, TDP is non existing in Telangana State. Three, TDP’s tiny fangs are not enough to bite and kill the dinosaur like TRS.

But still, the restless brains are imagining something and playing their tacky dramas. #KhabarLive #hydnews