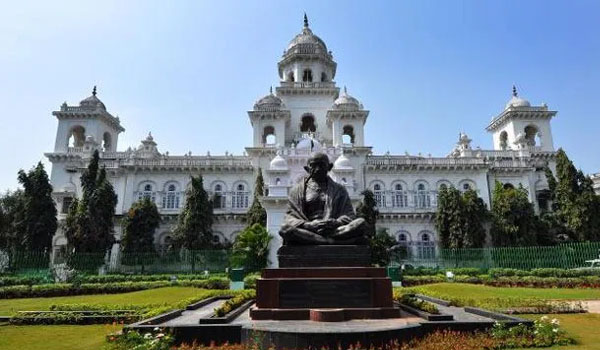 The Business Advisory Committee (BAC) meeting in Telangana Assembly for the Budget session of the State Assembly held was unusual to say the least, since it was held without the presence of the Leader of the House and Chief Minister K Chandrasekhar Rao.

According to sources, the Chief Minister left the House as Congress Legislator Party (CLP) leader Mallu Bhatti Vikramarka got late in attending the BAC meeting since he was busy with the CLP meeting at the time.

As a matter of courtesy, Legislative Affairs Minister Vemula Prashanth Reddy and Chief Whip Dasyam Vinaya Bhaskar went to the CLP office to invite Bhatti to the BAC meeting. However, Bhatti was in a meeting along with his party MLAs in the CLP office.

Seeing Vemula and Dastyam, Bhatti offered tea and snacks while they indulged in casual chit-chat. Meanwhile, the Chief Minister, who was waiting for the Opposition leaders, left the House, perhaps assuming that may take time for the CLP leader to attend the BAC meeting.

Meanwhile, the Government pointedly did not invite the BJLP leader to the BAC meeting. It’s learnt that the Government has decided that it will invite only parties with five or more MLAs. This ensured that only the floor leaders of the Congress and AIMIM represented the Opposition since even Telangana TDP MLA Mechha Nageshwar Rao was not invited.

While the TDP appeared to have taken it in stride, the BJP preferred to take it as an affront. Expressing anger over the move, the newly-elected BJP MLA M Raghunandan Rao criticised the Government.

He said that it was a matter of tradition that the Government invites parties with even a single MLA to the BAC meeting. “It’s not correct for the government to say that there was no such tradition,” the BJP MLA said.

He asked either Vemula or Speaker Pocharam Srinivas Reddy to say if the Government would invite only parties it considers friendly to BAC meetings.

“We will lodge a protest with the Speaker. We know how the House will function if the parties friendly to the TRS decide on business to be conducted,” Raghunandan Rao said. #KhabarLive #hydnews