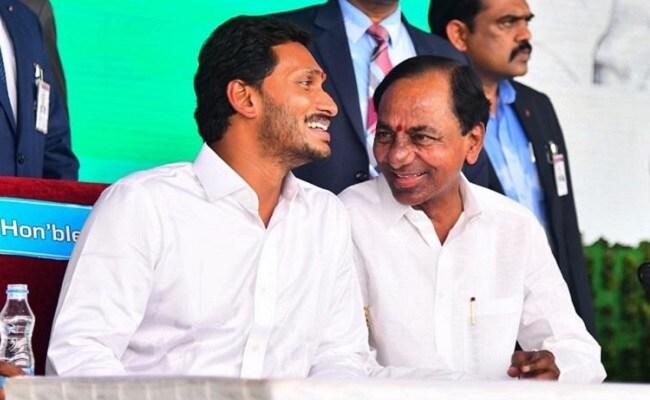 According to official sources, the meeting will take place again at Pragati Bhavan, the official bungalow of the Telangana chief minister on January 13, on the eve of Sankranti festival.

This will be the third meeting between KCR and Jagan in the last seven months. The last meeting was held on September 24.

As of now, the agenda for the meeting and the purpose of Jagan’s visit are not known. It is also not immediately known whether Jagan had volunteered to meet KCR or the latter had invited him to Pragati Bhavan for talks.

However, the meeting assumes significance in the wake of reports that the YSR Congress party government would be shifting the administrative capital of Andhra Pradesh to Visakhapatnam.

The Jagan cabinet would be meeting on January 18 and on the same day, a special session of the state assembly would be held to discuss the capital shift plan.

May be, Jagan would be seeking the support of KCR in his three capitals proposal and also his advice in resolving the issues associated with the capital shift.

Both the chief ministers might also be discussing the post-bifurcation issues pending to be resolved between the two states.

There have been reports that the relations between the two states had been under stress after the last meeting between Jagan and KCR.

During the last meeting, KCR reportedly discussed the issue of putting up a joint fight against Prime Minister Narendra Modi and BJP president Amit Shah.

Though it was purely an internal issue, there were leaks from Pragathi Bhavan about this joint fight issue, causing a lot of embarrassment to Jagan.

Within hours, there was a statement from Jagan’s office, condemning the media reports as false and fabricated. But KCR did not deny the reports, putting Jagan in a fix.

After that Jagan had kept himself away from KCR. Not only that, his government quietly dropped the proposal of KCR to construct a joint irrigation project to link Godavari river with Krishna and announced an independent Godavari-Krishna linkage project from Polavaram to Banakacherla.

What is more, his government also filed a counter-affidavit in the Supreme Court opposing KCR’s Kaleshwaram project and other such projects like Palamuru-Ranga Reddy, Dindi, Sitaramasagar etc in violation of the tribunal awards and also AP Reorganisation Act.

Under these circumstances, it would be interesting to see what KCR and Jagan would discuss at the proposed meeting to be held at Pragati Bhavan on January 13. #KhabarLive