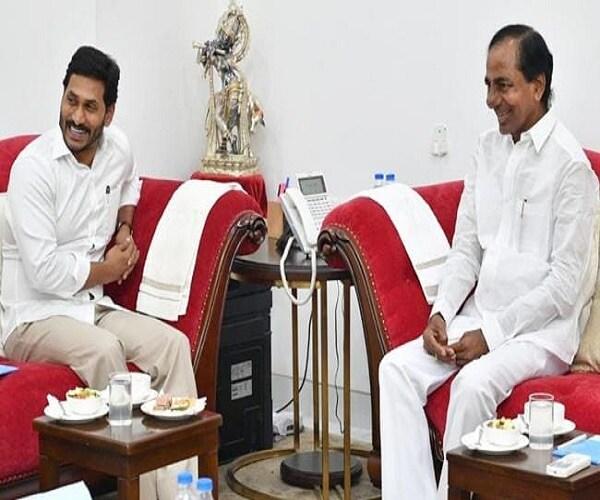 An interesting news is doing rounds in the media circles, particularly in the social media, that Telangana chief minister K Chandrasekhar Rao had got an invitation from Rashtrapathi Bhavan for the banquet dinner to be hosted by President Ramnath Kovind on behalf of the Government of India for US President Donald Trump on February 25.

According to these reports, invitations have been sent to around 80-90 select guests, including top Union ministers, high-level bureaucrats, diplomats, some chief ministers, industrialists and popular film and theatre personalities for the dinner to be hosted in the honour of few Chief Ministers, artists and businessmen to dine with Donald Trump and First Lady Melania Trump.

According to the reports, the name of Telangana chief minister is among the list of distinguished guests. Reports said KCR is flying to New Delhi on Tuesday morning to be part of the honour given by the Centre.

Apparently, Trump had evinced interest in meeting KCR, following a suggestion from his daughter Ivanka Trump who had been given excellent reception in Hyderabad during her visit to the city to attend Global Entrepreneurial Summit three years ago.

Apart from KCR, names of other chief ministers like Uddhav Thackeray of Maharasthra, Manohar Lal Khattar of Haryana, Naveen Patnaik of Odisha and B S Yediyurappa of Karnataka are also said to have figured in the list.

One doesn’t know how far these reports are correct, but so far, there is no information from AP government on the invitation to Jagan.’

Trump, accompanied by wife Melania Trump and a high-level delegation, will arrive in Ahmedabad around noon on February 24, where he will be hosted a civic reception. From Ahmedabad, he will travel to Agra before arriving at the national capital for the main leg of the visit.

On the morning of February 25, Trump and the First Lady will be accorded a ceremonial welcome at the forecourt of the Rashtrapati Bhavan. From there, they will go to Rajghat to pay homage to the ‘samadhi’ of Mahatma Gandhi.

It will be followed by restricted and delegation-level talks between Trump and Modi at Hyderabad House. Prime Minister Modi will host a lunch for Trump following the talks.

In the afternoon, Trump is expected to attend certain private events at the US Embassy, including a private roundtable with industry representatives.

In the evening, the US president will meet President Ram Nath Kovind at the Rashtrapati Bhavan. A banquet will be hosted by Kovind and President Trump will depart from India later that evening. #KhabarLive