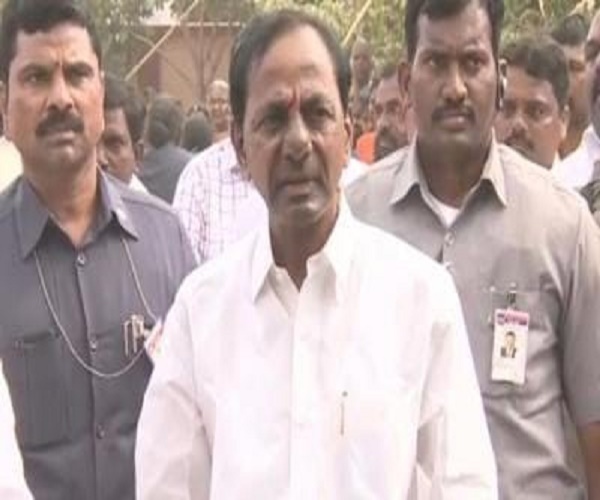 TRS president and Telangana Chief Minister K Chandrasekhar Rao suddenly took a decision to train his cabinet ministers on their jobs and responsibilities and how to improve their performance as and when he forms his cabinet.

Looking at the latest statement of KCR, let alone others not even his own TRS party leaders, cadre, MLAs and MPs stop laughing saying that KCR took ‘hypocrisy’ to peak level and no one could compete with him in this regard.

This is because KCR himself runs government like a ‘one-man show’ where only CM call the shots all his ministers should be ‘dummies’.

He implemented his ‘dummy cabinet’ policy successfully in his first term.

In his latest second term, he did not even formed the cabinet though TRS won Assembly elections more than a month ago on December 11.

KCR is running his government with one and only home minister Mohd Mahmood Ali, whose job is more to tie the band on the right hand of KCR to protect him from evil eyes and evil forces.

KCR has no respect for cabinet or cabinet ministers.

ALSO READ:  CPM Rejecting Yechury's Plan To Ally With Congress Is Another Historic Blunder By The Party

Surprisingly, KCR now feels that ministers were not performing well and they need to be trained at MCRHRDI institute in Jubilee Hills.

On one hand KCR keeps entire powers with him and want ministers to remain as ‘dummies’ and on the other hand he talks about non-performing ministers.

Now, is this not KCR taking hypocrisy to peak level, where no one can compete with him? #KhabarLive