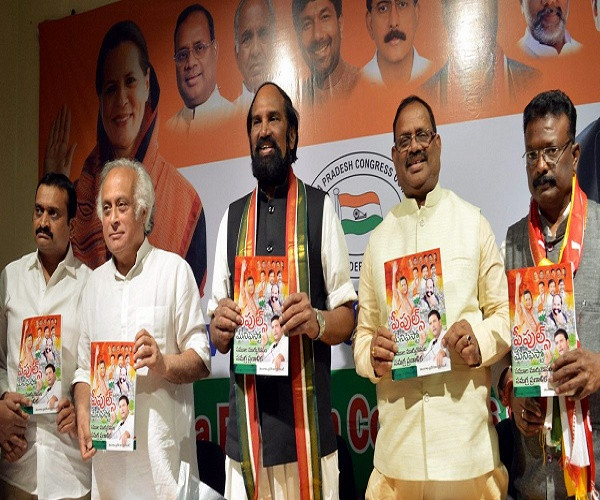 The Congress has promised in its manifesto for Telangana that attacks on journalists will be made a non-bailable offence, and legislation will be brought in to implement this. Telangana goes to the polls on 7 December.

According to recent reports, Andhra Pradesh and Telangana are among the most unsafe states for journalists, with international watchdog Committee to Protect Journalists pointing out that seven of the 40 journalists killed in India since 1992 were from the once-united state.

The Indian Union of Journalists too recorded around 20 attacks on journalists between 2014 and 2017, including seven murders and one attempt to murder.

Violence against journalists has been on the rise in recent times, with the high-profile murders of Gauri Lankesh in Karnataka and Shujaat Bukhari in Jammu and Kashmir being just a few prominent examples in the last year.

‘Will ensure freedom of press’
Under the head ‘journalist welfare’, the Congress says the media played a crucial role in the formation of Telangana by “activating” the statehood movement through its writings, but “the journalists’ community remained in a state of neglect during the last four years under TRS regime”.

Promising to ensure freedom of the press, the Congress has listed a number of financial measures for the press if it comes to power — setting up a Rs 200 crore fund for the welfare of journalists, pensions after they reach 58 years of age, and allotment of housing plots to both working and non-working journalists.

It has also promised an accidental insurance of Rs 10 lakh to journalists and an increase in the pension amount for their widows from Rs 3,000 to Rs 5,000.

The Congress has said in the manifesto that minimum wages would be ensured for all journalists in consultation with the managements of media houses, and steps would be taken to provide job security.

This comes in the backdrop of the party’s constant refrain that it was at the receiving end of the media during the UPA-2 regime, and that its political rivals, especially the BJP at the Centre, have been controlling the media narrative.

What other states have done
In 2017, Haryana Chief Minister Manohar Lal Khattar of the BJP had announced a slew of incentives for journalists, including a Rs 10,000 monthly pension scheme for those above 60 years of age, and with more than 20 years of experience in the profession.

In 2016, the Akhilesh Yadav-led Samajwadi Party government in Uttar Pradesh had also announced a pension scheme for journalists. #KhabarLive