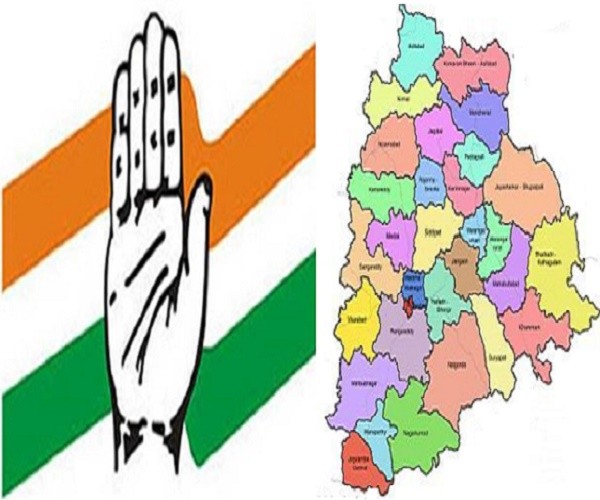 This best explains why America has been ruling the world for over a century. Prior to that, the British did. And this rule applies to States, companies, organisations and even families. That is the reason why we get to see a few successful families in the society and a few successful States in our country.

What happens if a country or State lacks such leaders? We don’t have to go far to see the consequences as we have a good example nearby – Tamil Nadu, a prosperous State which has gone to dogs after the sudden demise of AIADMK supremo J Jayalalithaa, a strong leader and Chief Minister, in December 2016. People of the then united Andhra Pradesh also had similar experience when Yeduguri Sandinti Rajasekhara Reddy (YSR) died in a helicopter crash in 2009. The Congress’ national leadership foisted K Rosaiah as Chief Minister on the people. But the old man neither aspired for the top post nor was capable of doing justice to it. The rest is a tumultuous history. This brings us to the upcoming Assembly polls in Telangana.

Maverick Telangana Rashtra Samithi (TRS) chief and Chief Minister Kalvakuntla Chandrashekar Rao dissolved Assembly on September 6 (some say 6 is his lucky number) with a fond hope that India’s Election Commission would oblige his request and hold early polls in November. Though there is no clarity yet on the election schedule, political parties are bracing up for an intense poll war. And it’s but natural that all eyes are on Indian National Congress, the principal Opposition in Telangana, and debates are on whether it will be able to pose a credible and strong challenge, individually or otherwise, to TRS and its leader. But the Grand Old Party of India has an Achilles heel.

My recent trips to areas that fall under old districts of Mahbubnagar, Nalgonda and others have revealed that there is no widespread anti-incumbency wave against the existing dispensation led by Chandrashekar Rao as we had seen in the case of N T Rama Rao in 1989 and N Chandrababu Nadiu in 2003. Therefore, it is very unlikely that the Congress will romp home to victory unless it goes aggressive and showcases to Telanganites that it can offer a better alternative to the TRS and its leader.

If the Congress thinks that its much-hyped Grand Alliance with Telugu Desam Party (TDP) and Telangana Jana Samith (TJS) will yield positive dividends, it is dead wrong. It is very unlikely that these two bring much value to the table. Most of the vote bank once enjoyed by the TDP already went to either the TRS or the Congress. However, there are a few exceptions.

For instance, the TDP has good presence in Wanaparthy Assembly constituency in erstwhile Mahbubnagar district. This is thanks mainly to Ravula Chandrasekhar Reddy, a senior TDP leader and former minister, who hails from this area. As a consequence, the Congress-TDP alliance will be a formidable force there. But there are very few such pockets of influence for the yellow party. Further, this alliance will be a huge drag on the Congress.

As the TDP is in power in Andhra Pradesh, TRS supremo Chandrashekar Rao will try his level best to paint it as an anti-Telangana grouping. If he succeeds, the Congress will lose far more than what it gains from the coalition. So, the Congress should come up with an effective strategy to stave off the criticism and convert its partnership with the TDP into an opportunity.

As for the TJS headed by Prof Kodandaram, I don’t think it has much support among voters. I did not come across anyone talking about it beyond Hyderabad though I saw a few writings on the walls in the temple town of Alampur in old Mahbubnagar district. It will be a big bonus for the coalition if Prof Kodandaram wins his own seat.

In this backdrop, the Congress will be on a weak wicket if it goes to polls without declaring its chief ministerial candidate. It is true that the Congress has a well-entrenched tradition of not declaring the CM candidate before polls. And it succeeded. But that was when it had strong leaders such as Indira Gandhi at the helm or when there was widespread anti-incumbency against ruling rivals. Times have changed now. The BJP has strong leadership in Narendra Modi and Amit Shah at national level, not the Congress.

Of course, declaring a CM candidate in Telangana is not easy. From former MP V Hanumantha Rao to Gadwal MLA DK Aruna, there are more than a dozen people who will jump into fray for the CM post. But the Congress should find a way to select a CM candidate well before elections. Like in the US, it can select the CM candidate through elections among party workers and project him or her during the campaign. That way, people will have a clarity on who will rule them. Voters are maturing day by day and so expecting them to put their future in unknown hands is foolish, to say the least. Moreover, MLAs have become more or less irrelevant now as they are jumping from one party to other at a drop of a hat.

YSRCP chief Y S Jagan Mohan Reddy lost 2014 elections in Andhra Pradesh with a narrow margin because some people there were reluctant to put their truncated, capital-less State in the hands of an inexperienced leader. Telangana people, are not as shrewd as their Andhra counterparts. Still, I don’t think Telanganites will take a huge risk of electing the Congress without knowing who will be its leader in TS Assembly. That can only happen if they are vexed with the TRS and its supremo. As of now, that doesn’t seem to be the case. Therefore, the Congress is likely to bite the dust if it does not declare its CM candidate. That’s for sure. #KhabarLive