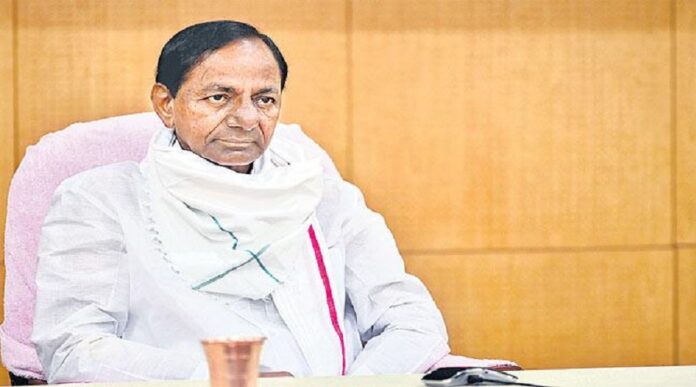 The TRS president and Chief Minister KCR have once again disappointed the state government employees by not taking any decision on enhancing the retirement age and implementation of pay revision commission.

Everybody expected that the state cabinet would take a decision on increasing the age of superannuation from 58 years to 60, announce interim relief as part of PRC and also release the dearness allowance dues.

In fact, there was a leak from the government sources that the issue of increasing the retirement age was being introduced in the cabinet as a table agenda and would be approved.

The PRC had submitted its report almost four months ago and it was expected that it would be approved in the cabinet.

The Telangana cabinet meeting was held for more than eight hours and everybody was expecting the announcements to come, but when the official press note came at 11.30 pm, it was thoroughly disappointing for employees.

Apparently, KCR thought enhancing the retirement age would trigger a lot of unrest among the unemployed youth, who have been waiting for a long time to fill up the vacancies arising out of the retirement of existing employees.

In the next three years, at least 26,000 government employees are likely to retire and the government would be forced to fill up the same. If these employees are continued by enhancing their retirement age, it would deprive the unemployed youth of their jobs.

However, at the same time, KCR is not in a position to fill up the jobs either. So, in order to appease the unemployed youth, his cabinet announced reservations for local unemployed youth in private industries.

Around 50-60 percent of jobs in the private industries would be reserved for the local skilled and semi-skilled youth and that would satisfy the unemployed. Subsequently, KCR can take a call on enhancing the retirement age of government employees! #KhabarLive #hydnews