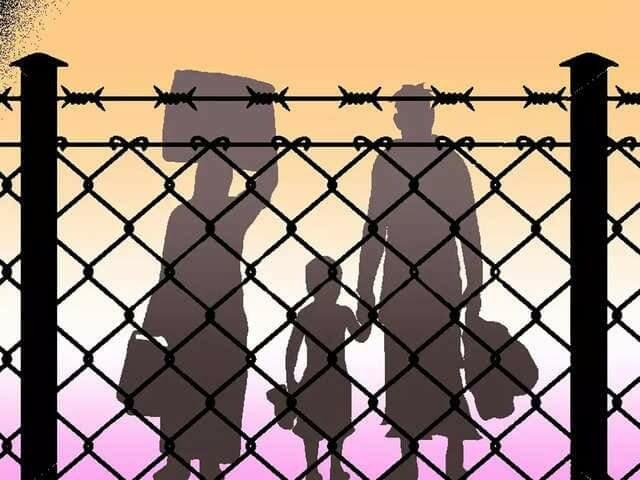 It is evident that BJP government is quite keen to construct a detention centre in Hyderabad and in Telangana state as a part of infiltration and illegal immigrants flow is high since last decade. As the time flows, the pressure from the Centre grows on state government.

At last, when a letter from the ministry of home affairs (MHA) arrived at the desk of a senior government functionary in Telangana in 2018, advising the state government to construct a ‘detention centre’, the matter was discussed between a group of officials. Subsequently, it was brought to the notice of the powers-that-be. Thereafter, the matter was pushed into a cold storage.

Whether it happened by design, owing to friendly ties with the AIMIM, or was it just one among those many files that get stuck in red tape, the Telangana government appears in no mood — at least for the moment — to heed to the Centre’s push of having a detention centre in the state, just like the one in Karnataka.

Government sources told this newspaper that the MHA had written to TS government in 2018 to have a detention centre anywhere in the city to hold foreigners who face deportation for either overstaying illegally, or found to be without valid documents or those who were convicted by courts in various criminal cases.

Back then, the Centre is understood to have written to all states and followed up with those who had large number of foreigners staying in those states, including Telangana State.

After receipt of the Centre’s note, the matter was discussed at senior levels, including by police officials. The note was circulated from one office to the other. But subsequently, nothing moved. The file is now gathering dust in one of the offices.

For the state government, this issue was not a priority, sources said, adding “it is just pending” and there is nothing more to it. “May be a detention centre could come up at a later date as it is required to hold illegally staying foreigners. But it has nothing to do with NRC,” a senior police official said.

A few months ago, when the Hyderabad city police were tasked with holding two Nigerians, who were out of the Chanchalguda prison after serving their sentence in connection with a criminal case, they were kept inside a lock-up in one of the police complexes in the city, which was a temporary arrangement.

Policemen had no choice but to bear with them and their daily expenditure, and sometimes, their tantrums.

Likewise, over the years, police officials have been making temporary arrangements of holding the foreigners before deporting them. “This requires lot of resources as there is no dedicated detention centre,” they said.

Sources said that even now, at least two more foreign nationals, who have already served their time, are still being held in the Chanchalguda prison premises.

“There is no choice but to keep them back in an area within the compound till they are deported,” they said, adding that temporary arrangements can be tricky.

According to estimates, there are a few thousand foreigners living across TS, particularly Hyderabad. They are from Afghanistan, Somalia, Sudan, Yemen and even from Iraq and Iran, besides other countries. There are quite a few Bangladeshi nationals as well in the city. Nigerian nationals have come on the police radar several times for various offences, particularly drug peddling.

Detention Centres for illegal migrants have been at the centre of a political debate as the government and the opposition parties trade charges over the Citizenship Amendment Act and the National Registry for Citizens.

While the Congress-led opposition has been training its guns at the BJP government over its plans to put illegal migrants into detention camps following a nation-wide NRC, ironically it was a Congress government in Assam which had set the first such camp in the state in 2012.

Citizenship has been a contentious issue in Assam since long with the issue of illegal migrants being part of the political discourse in the state.

What are detention centres?

Detention centres are places designated to keep illegal migrants (people who have entered a country without necessary documents) once they are detected by the authorities till the time their nationality is confirmed and they are deported to the country of their origin.

Does India have detention centres?

Yes, there are detention centres in Assam. The Congress government in Assam had set up three centres in 2012 inside the district jails in Goalpara, Kokrajhar and Silchar. Later, three more centres were set up at district jails in Tezpur, Dibrugarh and Jorhat. The combined capacity of these six temporary centres is 1000, but the centres are overcrowded.

How were the detention centres set up in Assam?

Detention centres were set up in Assam after the Union government authorized the state to do so under the provisions of Section 3(2)(e) of the Foreigners’ Act, 1946 and Para 11(2) of the Foreigners Order, 1948.

Why are detention camps in focus now?

The issue has come into focus amid talks of a nation-wide NRC, especially after the process in Assam identified a little over 19 lakh people without proper citizenship documents in the state.

Are new detention centres being established?

Yes, according to reports, a new detention centre is being constructed in Assam’s Goalpara. There are reports of detention centres planned in other states as well, including Karnataka, Telangana and Maharashtra. #KhabarLive