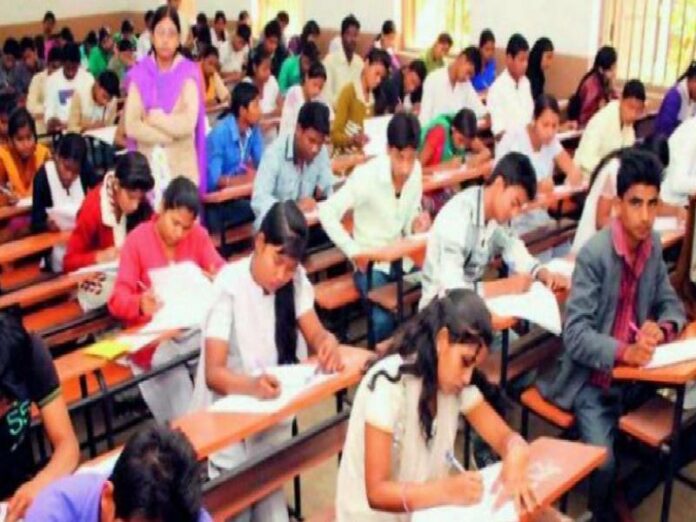 Good news to Telangana students appearing for Ssc and Intermediate board exams as the state govt made exams easy to qualify with less syllabus coverage.

Come May period this year, clearing board exams (specifically SSC and Intermediate) in Telangana State is going to be a cinch, what with nearly 30% cut in syllabus, ‘easy’ question papers, and working days in the academic year limited to just 80 days between February 1 and April 30. This is because the state government wants to level the playing field for students in government and private institutions. As things stand, the playing field has been skewed by the over 10-month-long corona-induced lockdown, digital divide, and other factors.

Students in private schools are at a distinct advantage now as they have been attending online classes regularly since July 2020, while their counterparts in government schools were forced to sit idle at home with no online classes till September.

Although online classes commenced in government schools from September 2020, most of the students are still not able to access instructional material, mainly due to poverty and consequent lack of devices such as smart phones, laptops, computers and internet connectivity issues in rural and remote areas, where government institutions are the mainstay for a majority of students.

Amidst all this, if question papers for board exams are set with the ‘difficulty levels’ of the kind seen in recent years, there is a risk of students from government schools failing in the board exams and losing an academic year.

So, to avoid this anomalous situation, the state government is planning to set ‘easy question papers’ besides whittling down the syllabus by 30 per cent.

The state government has decided to reopen schools and colleges from February 1 for the current academic year (2020 -21), against the convention of commencing the new academic year in June every year.

The current academic year 2020 -21 will create a record of sorts since it will have the lowest number of ‘working days’ — of around 80 days — as classes will commence on February 1 and are likely to conclude on April 30.

The state government is yet to release the academic calendar officially. However, sources in the Education Department revealed that the government is planning to conduct SSC and Intermediate public examinations in May.

To make up for the loss of working days and to reduce exam-related stress of students, the state government plans to cut syllabus for final exams by up to 30 per cent and to set ‘easy’ question papers for the board exams. Question papers will be set in such a manner that students can easily clear the exams even if they study just half of the total syllabus.

The Board of Secondary Education (SSC Board) and the Board of Intermediate Education (BIE) have proposed to cut syllabus by 30 per cent this year.

The proposals, submitted to Education Minister Sabitha Indra Reddy, have been referred to Chief Minister K Chandrasekhar Rao for approval.

KCR is likely to take a call on syllabus reduction by this month-end. Normally, the academic year for SSC and Inter students commences in the second week of June. The syllabus will be completed by December-end. Two months’ time will be given for revision of syllabus in January and February before the board exams in March.

This year the classes are beginning from February 1. Normally, the summer vacation commences from April, but this year classes will be held until April-end.

At the most, students have to bear a little with the extended heat! #KhabarLive #hydnews