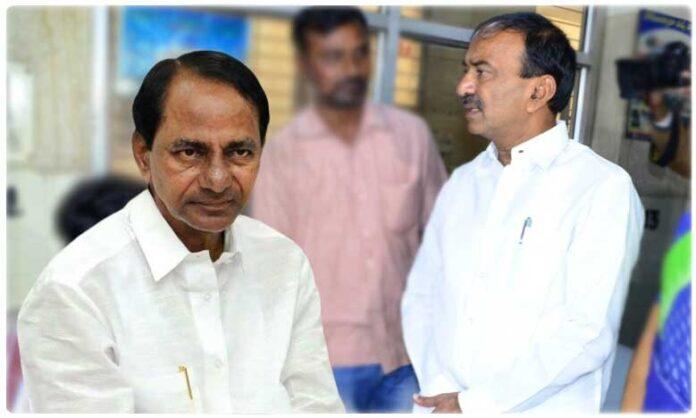 A visibly irritated Health Minister Etala Rajender walked out of the press meet after a reporter earnestly asked: “The Chief Minister has claimed that paracetamol is enough to treat coronavirus, your comments on it, please?”

The Congress had last week pointed out in the Assembly that the government had failed in providing masks to the people as a precaution from contracting coronavirus. Responding to it in a nonchalant manner and ridiculing the Congress, the Chief Minister said, “Everyone is here in this House without masks. What is the need for masks, when there is no coronavirus in our state. The disease was not born in this state, it originated in China.”

The Chief Minister while talking about how the disease spreads, also called the techie who tested positive with COVID-19, a “sannasi daridrudu” (unfortunate nincompoop). “The disease originated in China. Because people are travelling; and people are coming from China, people from other places who contracted the disease, when they are coming here, the disease is spreading. One such sannasi daridrudu has come here and lit fire.”

Further, trying to reassure the people of the state, by quoting a scientist he claimed, “There is no need to panic about coronavirus. Just paracetamol is enough for it.” The CM claimed that that the virus cannot survive in temperatures above 22 degrees Celsius. The claim, however, has no scientific basis.

While paracetamol is definitely one among the medicines that are being prescribed to patients of COVID-19 who suffer from fever, making a statement implying that paracetamol is a cure for the disease can be dangerous. A cure for the deadly disease has not been found yet. Media reports have shown that the death rate of the elderly contracting the virus is higher, while younger people mostly recover.

Dr Shankar, Superintendent of Fever Hospital, told #KhabarLive that since there is no specific treatment yet for the disease and they are carrying out “symptomatic treatment,” which means administering treatment based on the patient’s symptoms.

“If they are suffering from fever, paracetamol is given to them. B-complex tablets are given for infections etc. Only if they develop complications, it would become difficult,” he said. The software employee who was first diagnosed with coronavirus was given the same kind of treatment and has recovered.

Condemning the attitude of the Chief Minister and his irresponsible statements, the BJP responded, “CM KCR has declared that coronavirus cannot and will not enter Telangana state. He has also joked at people wearing masks and downplayed its importance. He has authoritatively stated that coronavirus can’t survive in the local temperature of 30+ degrees. KCR made all these public statements a few days ago from the State Assembly and even claimed that paracetamol tablet can cure coronavirus infliction. BJP finds no humor in KCR’s irresponsible statements, instead we believe his unacceptable behaviour in the face of such a health crisis and massive spread of this dangerous virus world-wide is highly condemnable.”

The BJP said that the CM’s loose remarks could lead to a health disaster. “KCR’s frivolous statements can directly impact the levels of alertness and preparedness of both general public and public health department teams across the state and lead to a possible health disaster in the state.”

Meanwhile, notwithstanding the Chief Minister’s casual remark, the government and health department in particular has braced for the outbreak as the number of patients tested with the virus increasing across the country.

The Health Minister announced on Tuesday that a 48-bed facility is ready at Chest Hospital, Erragadda, if the issue escalates. The government has also ordered two standing thermal scanners at airports to increase their surveillance. As part of their contingency plan, an 80,000-bed facility would also be arranged by converting the government constructed double-bedroom houses into a quarantine facility.

The government has also set up a command control centre headed by the Health Minister along with the Chief Secretary and senior officials from the Health department to control the crisis. A sum of Rs 100 crore has been set aside to combat the disease, the government said. #KhabarLive