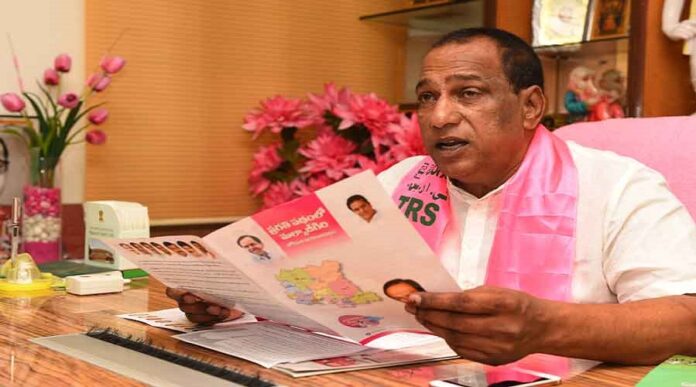 A most heart-breaking situation cropped up in Telangana where many qualified, talented lecturers, professors in private professional colleges become unemployed due to pandemic slowdown and for their livelihood they are now on streets to do the small works like selling vegetables, selling tea on tea stall, working as ward-boy in hospitals on contract basis and many more.

When Kiran Reddy, a professor at a prestigious engineering college in Hyderabad, was sacked in April, he considered approaching the Telangana’s Minister for Labour and Employment — not because he had been laid off in the middle of the global coronavirus pandemic and India’s punitive national lockdown, but because the labour minister is the founder-chairman of the college that employed Kiran Reddy.

“I wanted to approach the Labour minister but ended up pleading my case to the principal who ultimately did not reinstate me,” said Kiran Reddy, who taught in the Bachelor’s of Technology course at the Malla Reddy College of Engineering and Technology, the institute named after Chamakura Malla Reddy, Telangana’s Labour Minister. The minister’s sons Mahender Reddy and Bhadra Reddy are the college’s secretary and the treasurer, respectively.

For now, Kiran Reddy – who sought anonymity as he feared the minister’s clout – has moved with his wife and six-year-old daughter to his parent’s home in Warangal, where he is working on a farm to make ends meet.

Kiran Reddy is one of 20,250 private technical university professors in Telangana who have been laid off, or kept on staff but not paid, as a consequence of a sharp downturn in the state’s once-booming private education industry, according to data compiled by the Telangana Technical Institutions Employees Association (TTIEA).

On March 22, the Telangana government said private establishments could be penalised for laying off employees during the Covid-19 lockdown. Teachers’ unions say colleges have responded by keeping teachers on staff but refusing to pay wages. The All India Council for Technical Education issued a similar circular on April 11.

ALSO READ:  Seriously, India Need Strict 'Food Policies' To Ensure Not To 'Get Sick' Before 'Get Rich'

Telangana’s Commissioner of Technical Education has instructed 85 of the state’s private colleges to pay their teachers, but many of these institutes have deep political connections, as typified by a constellation of educational groups linked to the Malla Reddy family.

This includes a set of colleges informally called the Malla Reddy Colleges, the CMR Group whose Vice-Chairman is the labour minister’s brother, Narasimha Reddy, and the MLR group whose “mentor” is Labour Minister Malla Reddy’s son-in-law Marri Rajashekar Reddy.

“We cannot approach the Labour minister because his colleges to have denied teachers their jobs and salaries,” said Dr V. Balakrishna Reddy, President of the Telangana Technical Institutions Employees Association (TTIEA). “Malla Reddy group of institutions paid just half the salaries of teachers in the months of April and May. In June the institutes paid only one-quarter of the salaries for the month.”

According to two complaints lodged by the TTIEA with the state’s Commissioner of Technical Education, 11 out of the 16 educational institutions which carry the Telangana minister’s name have slashed teachers’ salaries by more than 50%, and have even laid off many teachers. In June, TTIEA identified 135 out of 202 engineering colleges in the state that have not paid full salaries to employees since April.

In a telephonic conversation, a CMR group official said, “We have been paying salaries to our employees.”. Dr K Srinivas Rao, the principal of the MLR Institute of Technology, did not reply to #KhabarLive’s calls and messages seeking comment.

At least six faculty members at institutes run by these groups said their salaries had not been paid since the pandemic hit India, a claim echoed by the TTIEA. Several engineering professors told #KhabarLive that they were doing odd jobs to make ends meet while hoping that their colleges would eventually pay them when things improved. The teachers requested anonymity as they feared that their employers would withhold their unpaid salaries for speaking to media people.

The crisis in Telangana’s colleges predates the Covid-19 pandemic. From 2009 to 2014, the number of engineering colleges in Andhra Pradesh and Telangana increased exponentially from a few dozen to a peak of 712 colleges in 2014. Since then, over 200 colleges have had to shut down due to a lack of trained faculty, facilities and students.
The pandemic has only accelerated this trend, and the teachers are bearing the brunt of this rapid downsizing.

“We cannot approach the Labour minister because his colleges too have denied teachers their jobs and salaries.
Dr. V. Balakrishna Reddy, President of the Telangana Technical Institutions Employees Association”

In the third week of July, 33-year old P* was finally on time to teach his class at a college in Abdullapurmet, Hyderabad. To do so, he had to climb a tree near his family home in rural Telangana and watch as his phone slowly picked up enough reception for him to log into a Zoom call. Parthasarathy’s engineering college had stopped paying salaries during the pandemic-induced national lockdown but insisted that teachers continue to teach online classes anyway.

Parthasarathy was so wary of the political influence wielded by his employers that he agreed to speak only if #KhabarLive did not disclose either his name or the college he is employed at.

“I am pursuing my PhD in cloud computing and my knowledge of mobile phone functions is what’s helping me take my classes from a place which has no reception,” Parthasarathy said, adding that his assistant professor’s salary of Rs 25,000 per month was first slashed to Rs 10,000 in April and then not paid at all. For context, the University Grants Commission advises a salary of Rs 60,192 per month for assistant professors and calls upon private institutions to follow these guidelines as far as possible.

Yet, Parthasarathy continues to literally climb trees to make it to his classes on time.
“Management is looking for reasons to sack teachers. We have not been paid our salaries for six months,” he said.

D. Srinivas Varma, an MBA and head of the department in marketing and finance at Sri Datta Institute of Engineering and Science in Hyderabad, said the lockdown was forcing professors to work long hours in violation of UGC norms which require assistant professors to teach just 16 hours a week.

Professors and associate professors are expected to teach only 12 hours a week because they also assist research scholars and do research on their own, TTIEA officials pointed out.

“In addition to this rigorous schedule, college managements are constantly monitoring the performance of teachers to find a pretext to fire them. Some are also asking teachers to quit their jobs if they submit recordings of online classes which are poor in audio and video quality,” said V. Balakrishna Reddy, president of TTIEA.

Meanwhile, colleges are already preparing for a new academic session with new students whose fees are expected to prop up their balance sheets.

Varma says that the college administrations now expect teachers to conduct door-to-door campaigns — in the middle of the pandemic — to canvas students to sign up to their institutes. Varma clarified that his college’s administration had not asked him to canvas for new students.

“Teachers are asked to hold the door to door campaigns and scout for students during this time,” said Varma. “The canvassing started when the lockdown was relaxed.” #KhabarLive #hydnews