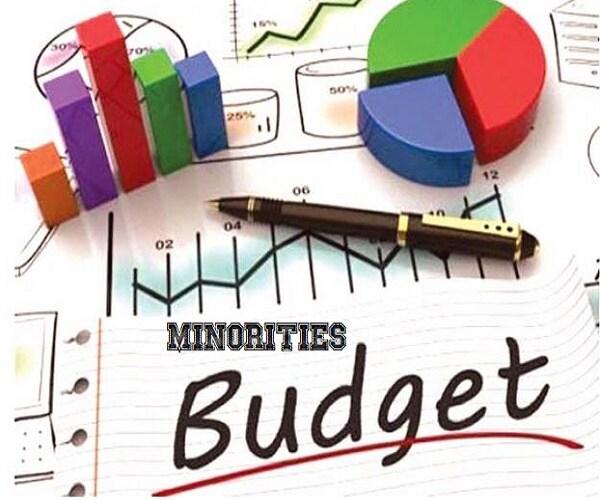 It’s a case of biting off more than one can chew. The hitherto neglected Minorities Welfare Department (MWD) is now faced with this peculiar situation. It is saddled with a budget which it simply can’t spend. Ever since the TRS government came to power, things have started looking up for the beleaguered MWD.

But figures tell a different story. Though the government is not releasing the allocated budget, the MWD is also not in a position to spend even the sanctioned amount. The result is huge amount money is returning to the State exchequer every year unspent.

And thereby hangs a tale. In the undivided Andhra Pradesh, the budgetary allocation for minorities was a measly Rs 509 crore in 2013-14. After the bifurcation, AP allocated Rs 371 crore while Telangana earmarked a whopping Rs 1,030 crore in its first budget for 2014-15. This is the highest ever budget for the region. But of this, only Rs 466.01 crore was released and the MWD could spend just Rs 287.24 crore.

The same story continues in the subsequent years. During the minorities welfare budget jumped further to Rs 1160.36 crore. However, the actual amount released was Rs 610.39 crore while the MWD incurred an expenditure of Rs 478.46 crore, amounting to just 41.23 percent.

During the minorities budget was further hiked to Rs 1,279.95 crore. The government released Rs 651.86 crore up to January 3 and subsequently sanctioned Rs 87.50 crore for minority residential schools and Rs 37.50 crore for the bank linked subsidy scheme. The total releases work out to Rs 776.86 crore. But till December end, the MWD could spend only Rs 374.29 crore. Even if the department manages to spend another Rs 200 crore by March end, which is not possible, still a sum of Rs 200 crore will remain unspent.

ALSO READ:  Why 'Doubling Income' To Distressed 'Farmers' Is A Distant Dream?

With more money in the kitty, the expectations of minorities have gone up. But the MWD has failed to deliver owing to poor infrastructure and insufficient manpower. Statistics show that Social Welfare Department has a cadre strength of 149 at the headquarters, Tribal Welfare 77 and BC Welfare 64. But the MWD has just 27 personnel. Worse, most of them are on deputation and are of the level of the superintendent or even less.

“This is the reason why we are not able to fully spend the budget”, said a senior official in the MWD.

This apart, proper offices for the District Minority Welfare Officers with staff and infrastructure are yet to be set up in the newly created districts. “Government should equip the department both physically and digitally so that the money earmarked for various schemes is spent fully”, said Majlis MLC, Syed Aminul Hasan Jafry.

Technical glitches in CGG e-Pass of MWD is said to be a major reason for the inordinate delay in disbursement of scholarships and fee reimbursement amount. “Government should allocate one dedicated programmer for MWD so that this problem is overcome and the funds allotted are utilised”, Jafry said.

Development of minorities remains at the core of TRS government’s welfare agenda. The Shaadi Mubarak scheme introduced for minorities has received an overwhelming response. Provision of honoraria for Imams and Muezzins and Overseas Study Scheme to help minority youth pursue higher education in foreign universities is another example of government trying to address the problems of minorities in a comprehensive way. #KhabarLive