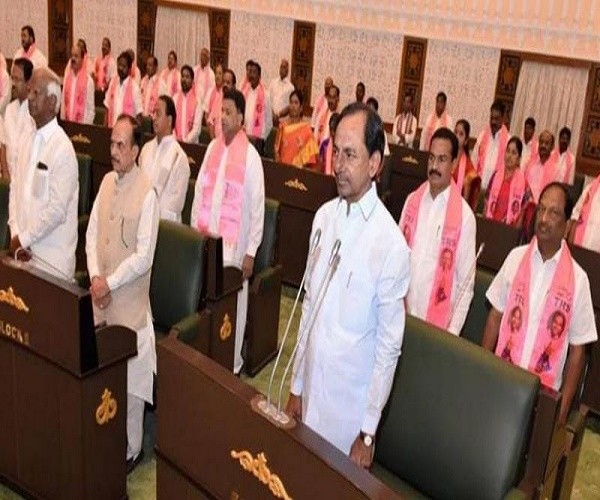 In Telangana state, Hyderabad City legislators fare badly when it comes to spending from their Constituency Development Programme (CDP). Of the Rs 36 crore released by the government, the 16 legislators in the city utilised less than Rs 10 crore in 2017-18.

The government released Rs 2.25 crore to each of the city legislators to take up development works in their constituencies.

The data for minister T. Padma Rao (Secunderabad) shows ‘0’ in all columns.

The government provides funds through the planning department to the legislators to take up the works in their respective constituencies. The funds were nearly doubled from Rs 1.5 crore in 2015.

Forum for Good Governance secretary, Padmanabha Reddy said they had written to the state government to allocate the money being given as part of the CDP to the GHMC for its effective utilisation.

“There are cases where a few legislators have not utilised the funds though the government had doubled the budget. There are also several cases where different agencies executed the same works exploiting the loopholes in the audit system. There is literally no audit for the CDP funds,” Mr Padmanabha Reddy said.

He said the GHMC area had about 20 MLAs and 10 MLCs apart from five MPs who get a total of Rs 200 crore. “The money can be put to better use,” he added.

Meanwhile, to clear confusion over utilisation of Constituency Development Fund (CDF) by the MLAs and MLCs in the wake of creation of new districts, the state government issued procedural guidelines.

Henceforth, the CDF monies will be released to the district collector where the head quarter of the constituency is located and funds will be operated from the headquarters.

If any portion of the constituency falls in more than one district, the works proposed by the MLA will be sanctioned by the collector of that area after obtaining details of the balance fund from the head quarter district. After formation of 21 new districts from the erstwhile 10 in the state, some MLAs’ constituencies have spread over two and three districts.

There was a confusion among the elected representatives over utilisation of their funds. For instance, areas under Jagityal assembly constituency are now included in both Jagityal and Peddapally districts.

Similarly, Wanaparthy constituency areas are under both Wanaparthy and Mahbubnagar districts. So far, there is no clarity in the government on utilisation of MLAs’ and MLCs’ development fund in the changed scenario. Telangana government allocates Rs 3 crore a year as Constituency Development Fund (CDF) to each of its MLAs and MLCs.

This amount can be allocated by the public representatives for any developmental work in their constituency such as construction of school buildings, installation of CCTVs and road works and funds are then released by the collectors of respective districts. Until last year, the total CDF allotment was Rs 1.5 crore. It was doubled from this financial year by the government.

Official sources said until last year (2015-16), MLAs could submit their proposals to the district collectors for 50% of the funds for any recommended project while the rest could be sought through in-charge district ministers.

In the case of MLCs, they could utilise their funds with the clearance of the finance minister since they do not have any specific constituency. However, from this year the government has removed in-charge minister system for releasing funds under CDF. MLAs have been asked to submit proposals directly to the planning department.

According to the guidelines issued by the planning department, the balance funds of the total released would be transferred to the PD account of newly formed district if the constituency is covered under one new district. In case of more than one district, the amount will be transferred to the head-quarter district. #KhabarLive