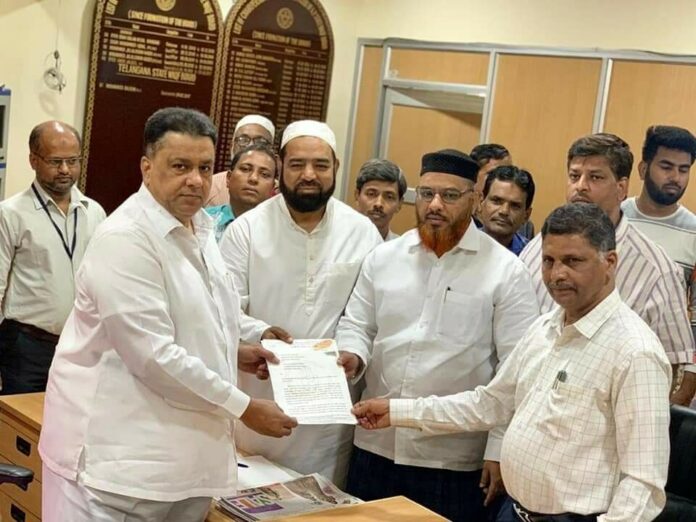 Hyderabadis are confused and wary over the attitude of Wakf board officials, Qazzaz section and qaazis as they are not interested to issue the talaq or divorce certificates after the triple talaq law. Why the officials stopped the certificate issuance remained a million dollar question. Several sections of people protesting and politicians are raised the issue to provide the answer. Despite all, nobody cares to clear the confusion.

Qazis are in a dilemma over instant triple talaq cases even as the Telangana state waqf board has washed its hands of the issue saying triple talaq is a “private matter” between a man and his divorced wife and thus, it will not interfere. Qazis perform and dissolve marriages and are under the supervision of the state waqf board.

Only the state waqf board is authorised to issue marriage and divorce certificates of Muslims based on the documents (nikahnama or talaqnama) provided by the local qazi. The board now says it will not make any changes in the existing nikahnama (marriage booklet with terms and conditions signed by bride and groom). It will only verbally caution the couple that instant triple talaq is illegal and punishable with a jail sentence.

ALSO READ:  The Importance And Significance Of 'December' In Telangana

With Parliament banning instant triple talaq, it is illegal on the part of a Muslim man to divorce his wife in a single proclamation. Even if instant triple talaq is pronounced, it is null and void under the Muslim Women (Protection of Rights on Marriage) Bill, 2019. Under the new legislation, the marriage continues to be valid and the qazi cannot issue talaqnama.

Some Muslim religious scholars, however, say that if the woman does not lodge a police complaint, instant triple talaq can be treated as a normal divorce with talaq pronounced over three sittings with a gap of one month between sittings and after mediation by elders fail to convince the couple. This will save a man from going to jail.

A senior qazi, who does not want to be quoted, said many Muslim religious scholars do not want to penalise the man, who gives triple talaq. “Pressure is on us to treat instant triple talaq as normal talaq and issue divorce certificates after waiting for three months, as mandated in the Holy Quran,” he said.

Anwar Ahmad, a senior Mufti of leading deemed Islamic university, Jamia Nizamia, Hyderabad, said there have been no cases of instant triple talaq in the city after Parliament nullified the practice last month. “The divorce rate among Muslims is minuscule, though often it is projected as a major problem in the principal minority community,” he said adding that since instant triple talaq is banned by central legislation, the only option left is to practice the normal triple talaq spread over three months with sustained efforts of mediation in the interregnum.

In the representation, prepared by Osman Alhajiri, they complained that the Wakf Board has reportedly stopped issuing certificates of ‘Talaq’ and ‘Khula’ in the wake of passing of Muslim Women (Protection of Rights on Marriage) Act 2019 by the Parliament. “The decision of Wakf Board is shocking and it will create unnecessary chaos within the community,” they said in the representation.

“The Act does not prevent Wakf Board or any other authority from issuing Talaq or Khula certificates on attaining the absolute status of revocable or single Talaq. Neither Union Government nor State Government has issued any directions to the State Wakf Board in this regard,” they said.

Abdullah Sohail urged the Wakf Board Chairman to issue necessary instructions to the officials of Qazath Section to restore issuing of certificates. Else, he warned that legal action would be initiated against the Wakf Board’s decision.

Responding to the representation, Wakf Board chairman Mohammed Saleem assured that the he would review the matter immediately and issue necessary clarification in this regard. #KhabarLive