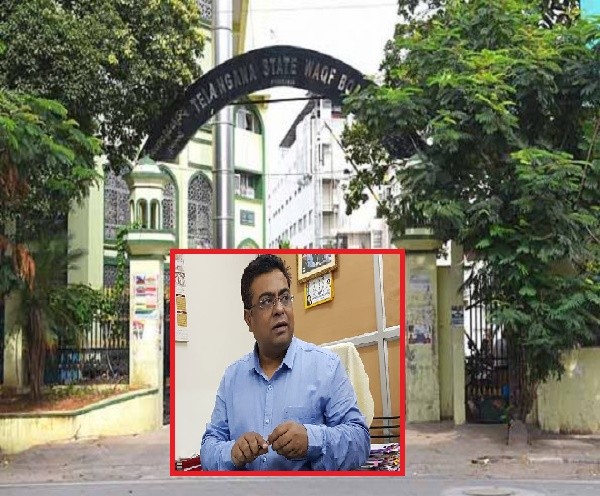 “There are several documents dating back to centuries in Persian language. To deal with it, we have sought help from experts from different universities in the State. Similarly, Urdu translators have also been engaged for the job,” said Telangana Wakf Board, Chief Executive Officer, Shahnawaz Qasim.

He explained that so far about 70,000 pages were digitised. “In the next six months, all the files will be digitised. At the click of a mouse, the records will be displayed and there will be little scope for tampering of the files and records. It will be a great step in protecting the Wakf properties and taking up the cases in courts,” he said.

The State government had last year sealed the TS Wakf Board office following discrepancies in the maintenance and upkeep of records pertaining to important and prime Wakf properties. There are about 66,000 files pertaining to the Wakf properties in the State which are to be digitised. “Initially, we identified prime properties and are digitising the records. It will be followed by other properties,” said the official.

He affirmed that the board officials would have a clear idea of the properties, its extent of land and all other details once the digitisation was completed reducing scope for malpractices.

The Telangana state Wakf Board is slowly but steadily embracing technology to improve its efficiency and to bring in more transparency and accountability in its functioning. The man behind the changing face of the Wakf, Shahnawaz Qasim, a 2003 batch IPS officer, wants to ‘take the bull by horns’ and deliver his best in protection of Wakf properties and to convert it into a social institution.

In an interview with #KhabarLive, Qasim speaks on the initiatives taken up in the Wakf Board. Excerpts:

ALSO READ:  Why The Attack On YSRCP Chief 'Jaganmohan Reddy' Raises Many Questions?

Q: What are the new initiatives being undertaken by the Board?
A: To begin with, a system is being introduced wherein ‘intermediaries’ are being eliminated and the public is allowed direct access to the Board. We want to do away with the role of the mafia that is exploiting the public. Complaints and grievances are now computerised and every petition is scanned and saved in the network and a grievance number is provided to the petitioner for follow-up. We have made payment of honorariums to Imams and Muezzins online. In a few months, even Qazath related work will be online.

Q: What changes can the community expect in the Board under your leadership?
A: We want to transform the TS Wakf Board into a social institution. As the society is changing, aspirations of the community are also changing. Our aim is to do more. We are aiming to give pensions to widows who are economically weak. Putting the youngsters on the employment path is our focus now.

Q: How is the Board dealing with the staff crunch?
A: Proposals have been submitted to the government to allocate staff to the Board. A proposal is also there for setting up a vigilance and enforcement cell in the Board to deal with irregularities.

Q: On the complaints of lacunae in rent collection
A: We have taken up a Revenue Management System Project wherein rent and revenue records are being digitalised. Once done, it will give a clear idea on our properties and from where we can get revenue. In the next one month, we will make it online and rent inspectors will automatically get demand notices to be issued to tenants.

Q: What about the court cases?
A: There are about 2,600 court cases in different courts. We have come out with a legal module. An in-house system has been developed wherein all important documents submitted in court are online and monitored regularly. Eminent lawyers are being hired to represent us and there is success in many cases. #KhabarLive