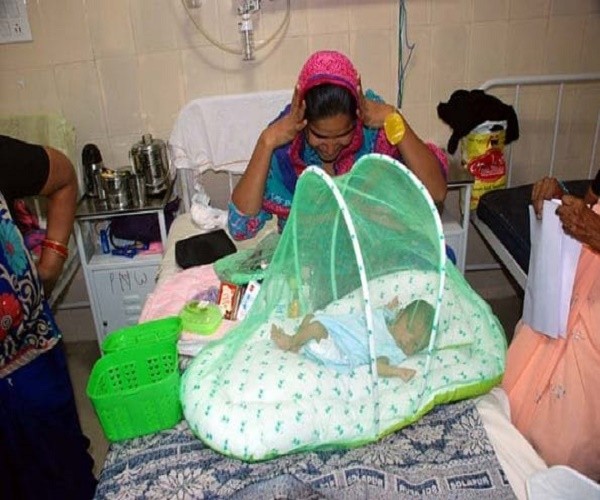 Widely hailed as a major step towards introducing reforms in the health sector, close to 20 Indian States have shown interest in adopting the scheme. While some have already launched it, others are preparing the ground to roll out its hybrid versions to suit their local needs. But some others, including Telangana, Delhi, Odisha, Andhra Pradesh, Kerala and Punjab, are yet to sign on the dotted line. These States have their own reasons for not coming on board.

In Telangana, the health authorities are not fully convinced over the effectiveness of Ayushman Bharat. They cite the highly evolved and revamped Aarogyasri universal health insurance scheme that provides health insurance cover to about 80 lakh families in the State.

Concerns and Lessons
To understand the concerns and reluctance in adopting Ayushman Bharat by Telangana, one needs to appreciate the fact that the State’s authorities have gained a lot of experience while implementing Aarogyasri during the then united Andhra Pradesh. Launched during 2007-08, the Aarogyasri scheme was a ‘trend-setter’ in the country. Its singular focus was to provide medical treatment to poor patients in corporate hospitals.

By 2014, when Telangana was formed, quite unwittingly, the Aarogyasri insurance scheme ended up creating an imbalance in patient care services. The scheme had fuelled a huge demand for expensive inpatient care, which was promptly provided by corporate hospitals.

While patients gained access to top healthcare facilities, it happened at the expense of state-run healthcare institutions. There was no relevance for cost-effective primary, secondary and even tertiary care at state-run hospitals in villages and districts. Resultantly, the newly formed State was saddled with a defunct health infrastructure.

Telangana had to reshape the scope of Aarogyasri. Simultaneously, the State government also launched innovative ‘standalone’ health schemes in the form of T-Diagnostics, T-Dialysis, KCR Kits and direct cash benefit scheme to pregnant women, Basthi Dawakhanas and allocated huge funds for infrastructure to win patients back to the fold of state-run health institutions.

Flaws in Ayushman Bharat
The Lancet, the reputed medical journal, in its September issue pointed out this flaw in Ayushman Bharat: “There is no doubt this programme will be popular because poor people previously excluded from India’s health system will be given access to some of the best hospitals in the country. Our concern though is that in creating this surge in demand, India’s UHC reforms will become unbalanced and favour expensive inpatient hospital care rather than more cost-effective primary care”.

ALSO READ:  Is 'Jana Sena Party' In Andhra Pradesh Turning Into An NGO?

Needless to say, the endeavour of the Telangana government in balancing Aarogyasri universal health insurance and state-run healthcare institutions is far more mature than offering a standalone health insurance product like Ayushman Bharat, which will only give rise to expensive inpatient facilities in corporate hospitals and repeat the same mistakes of the past.

Revamped Aarogyasri
Today’s Aarogyasri in Telangana is highly evolved and developed than the earlier scheme during the united AP. New MoUs with better terms were signed with individual corporate hospitals in Hyderabad.

The insurance scheme that initially covered only 7-8 lakh families now covers 80 lakh. Alongside, state-run health institutions too started recording a jump in outpatient and inpatient inflows, unlike earlier.

The insurance coverage to each family varies between Rs 2 lakh and Rs 13 lakh and in some specialised therapies, there is no limit for insurance coverage. The State government through Aarogyasri also covers high-end surgeries like kidney and liver transplant surgeries.

Moreover, beneficiaries of Ayushman Bharat (26 lakh families) will have to be identified from the existing Aarogyasri beneficiary pool. This is bound to raise numerous questions and difficulties over insurance coverage for leftover beneficiaries.

For instance, how and who is going to provide insurance cover to the remaining 50 lakh families? What will be the financial understanding between the State and Centre over footing the annual insurance bill for these left out families? On what basis, a family will be chosen for Arogyasri and for Ayushman Bharat insurance schemes?

A Knotty Affair
Ayushman Bharat has based its beneficiary selection on Socio-Economic Caste Census (SECC) data in both urban and rural areas. In sharp contrast, Aarogyasri doesn’t consider or classify beneficiaries based on profession and broadly covers all the families by just insisting on a white card.

Given the difficulties in segregating such beneficiaries from the existing pool of Arogyasri beneficiaries, authorities here point out that there will be major complications and technical difficulties like software glitches in implementing the scheme in Telangana. #KhabarLive