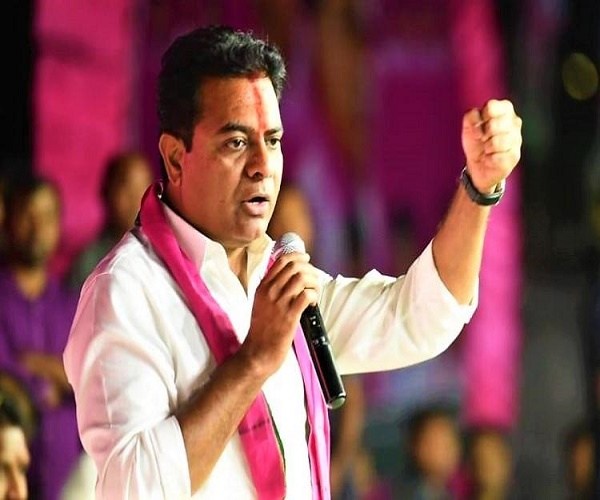 New leadership could give a new dimension to governance and KTR could infuse the much-needed youthfulness into the processes, while continuing the old-world charm of KCR’s governance.

The decibel levels of a campaign that the Working President of the Telangana Rashtra Samithi (TRS) and IT Minister Kalvakuntla Taraka Rama Rao (KTR) will take over the reins of the state from his father and TRS patriarch K Chandrashekar Rao, the Chief Minister of Telangana, have suddenly soared to a new high.

Though there have been many occasions earlier when such campaigns were unleashed in the last four years, it was all trashed by the leadership. Also, such speculation has always turned out to be the handiwork of mischief-mongers within the TRS and also some detractors outside the party.

However, this time around, the seriousness of the prospect of KTR becoming the Chief Minister peaked with substantive credibility, for there have been enough hints from the top echelons of the TRS.

As latest on January 21 (Thursday), Deputy Speaker of the Telangana Legislative Assembly G Padma Rao almost made an “unofficial announcement” about the prospect of KTR becoming the Chief Minister “very soon”. What lends credence to his words is the stoic silence maintained by KTR himself, who was present at a function marking the inauguration of an office building of South Central Railway Employees’ Sangh.

Padma Rao said this in the presence of two other Ministers — Srinivas Goud and Puvvada Ajay Kumar — who on earlier occasions too had said that KTR should be made the Chief Minister. What’s even more interesting was the statement of Medical and Health Minister Etala Rajender just a day before. The Health Minister, a trusted lieutenant of Chief Minister KCR, had said that the likelihood of a change of guard in Telangana was imminent and that KTR had all the qualifications to lead the state. He almost indicated that time was ripe for KCR to hand over the reins to KTR.

Buttressing the suggestion of the Health Minister, another minister Talasani Srinivas Yadav and a few MLAs, including Bajireddy Govardhan (Nizamabad rural MLA) and Shakeel Ahmed (Bodhan MLA), joined the chorus to amplify the volume of the “desire” to see KTR as the Chief Minister. A lot of TRS leaders are saying that it’s just a question of the right “muhurtham” (auspicious hour) for the coronation that the Chief Minister KCR is waiting for. In fact, KCR has almost prepared the ground for his son to take over the reins from him by silencing or convincing Finance Minister T Harish Rao, who is also KCR’s nephew, even before the 2018 “early election” to the Telangana Assembly.

So, there may not be much opposition from any quarter within the TRS, if the predilection of a large number of legislators is “honoured” by the Chief Minister and the baton passed on to the young leader. How well such a change would go down with the cadres and other leaders — on record as well as off the record — will be interesting to watch.

The TRS leadership has been prompt in silencing such speculation whenever it surfaced. In fact, Chief Minister KCR himself asked journalists in a lighter vein, “Don’t you want me to continue as the Chief Minister?” He had also clarified on the floor of the Assembly last year that he would continue for another 10 years at least in the position. Even KTR scoffed off the speculation as a figment of the fertile imagination of a few overenthusiastic leaders and “news manufacturers”.

However, there seems to be a change in track, of late. New leadership could give a new dimension to governance and KTR could infuse the much-needed youthfulness into the processes, while continuing the old-world charm of KCR’s governance. The blend of “classic and contemporary” vision and new dynamics, the party leaders and cadre expect, would work in favour of the TRS.

KCR has been contemplating this idea for quite some time now. Initially, he thought of a national role for himself by cobbling up a Federal Front, which doesn’t seem to become a reality now. KCR, who had opposed the three Farm Bills of the Union Government, openly on the floor of Lok Sabha and also had his party participate in the Bharat Bandh. However, KCR made a three-day Delhi tour and had called on all the big guns including Prime Minister Narendra Modi and Home Minister Amit Shah. Soon enough, KCR made the proverbial volte-face on the Farm Bills without appearing to be bending backwards.

ALSO READ:  Why BJP Is Doing 'Injustice' To Telugu States?

The Chief Minister has eventually endorsed the content of the Farm Bills and how they could be benefitting the tillers, much to the chagrin of the local BJP unit of Telangana. For the BJP’s state unit was caught in a bind whether or not to take on KCR vociferously. Though the State BJP president Bandi Sanjay, who hauls the Chief Minister over the coals, continues his string of charges, they are unable to find currency with the people.

The joy of winning Dubbaka Assembly by-election and stopping the TRS juggernaut in its tracks in the Greater Hyderabad Municipal Corporation elections is short-lived in the BJP. The political trickery of KCR is unfathomable, for he mastered the art for four decades now and perfected it in the last two decades.

While the inevitability of the change of guard is being “officially speculated” like never before, the “trainee Chief Minister” is already in charge of almost everything in the state government. The “official” calling-on of KTR by the Chief Secretary and the Director-General of Police on New Year’s Day raised many an eyebrow. This time, KCR may not disappoint his son. However, the Chief Minister may consider putting off the elevation of his son to a later date, precisely after the upcoming elections to some civic bodies and by-election of Nagarjunasagar Assembly seat.

The moment the TRS patriarch, who alone knows the answer to the million-dollar question of “when”, opens his fist, the proverbial cat will be out of the bag. #KhabarLive #hydnews