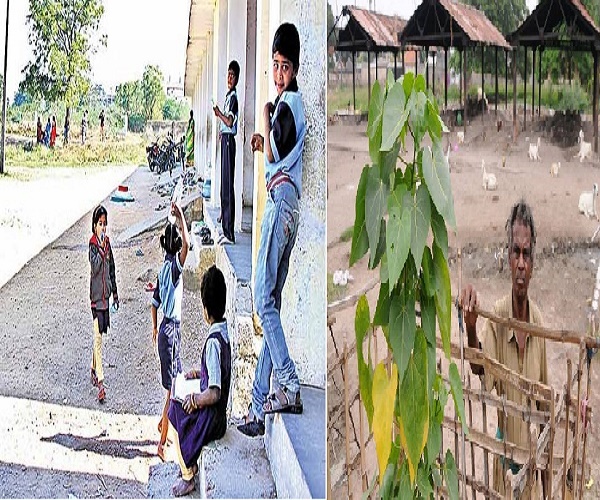 Whenever there is a death in Indrakaran village of Sangareddy’s Kandi mandal, the first thing teachers of a local primary school do is enquire about the funeral timing.

Since the village crematorium is adjacent to the school, the teachers are forced to declare a holiday or close early when there is a cremation because the last rites take place exactly 10 m away from the school.

While the kin of the deceased cry inconsolably, the children, aged below 10 years, turn into fearful onlookers because there is no boundary wall that separates the school from the crematorium. Since the family also perform the rituals on Days 5 and 10, it continues to cause disturbance to the students.

Apart from the primary school, which has 154 students, two Angandwadis functioning from the same premises has another 45 children. Indrakaran, one of the big panchayats in the mandal, has a population of 4,566.

The village also sees high migrant footfall as an industrial park is coming up and the Pashamylaram industrial area is also located nearby. The village has no other cremation ground except this one.

Recently, relatives of a deceased person wailed inconsolably after the pyre was lit, frightening students and making them break down too. The teachers found it difficult to console them.

Headmaster L Somla told #KhabarLive that the school staff took videos and photographs of the situation, and lodged a complaint with the MEO, but no one paid heed. He said it costs just Rs 15 lakh for the government to build a boundary wall around the school.

Also, while the funeral and other rites are under way, the family of the deceased sits on the school veranda.

When this correspondent from #KhabarLive visited the spot, a group was performing the Day 5 rites. In the meantime, another family came for cremation.

To make things worse, anti-social elements use the area to consume liquor and party till late at night. There were times when they even damaged school furniture, window panes and doors.

The school staff also has to tackle with incidents of snakes slithering into classrooms and toilets. Cattle also feed on saplings planted as part of the Telangana Ku Haritha Haram initiative.

The students, parents and teachers appealed to the local administration to immediately build a boundary wall around the school. M Shantha, a teacher in the village for the last five years, was worried that the scenes of cremation and post-cremation rituals will have a serious impact in the students.

The school, which has the highest strength in the mandal, also lost over 100 students to private schools because of this ‘grave’ issue, sources said. #KhabarLive