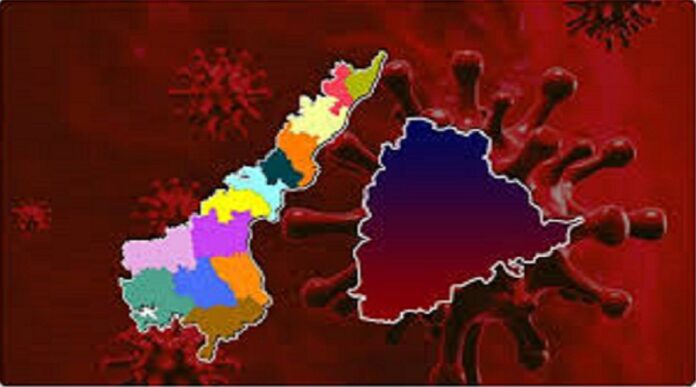 Despite the growing intensity of COVID-19 cases, Telangana continues to attract big investments in today’s headline in international media talk. And in contrast, Andhra Pradesh becomes a complete gloomy state.

The sibling Telugu states of Andhra Pradesh and Telangana present a picture of contrast; a contrast that is too glaring to ignore. If one is gloomy, the other is sunny and bright. If one is scaring away the potential investors due to a hostile industrial environment, the other is witnessing a flush of investments across key sectors.

Bogged down by a bitter political row over the location of the new capital city and a string of whimsical policy reversals by the Jagan Mohan Reddy government, Andhra Pradesh has been witnessing a steady exit of big industrial groups from the state while new investments are hard to come by.

Telangana, on the other hand, is on a roll, attracting big investments, both domestic and foreign, across myriad sectors. This is despite the pandemic-induced gloom in the rest of the country, marked by the collapse of businesses, job losses, and dwindling revenue flow for the governments.

The flight of capital from Andhra is proving to be a bonanza for Hyderabad, the economic powerhouse of Telangana.

A slew of policy moves by the YSR Congress government, guided more by political vindictiveness than developmental interests, has created a negative narrative in Andhra, scaring away investors. While Andhra is fast losing the plot, Telangana is witnessing a boom, particularly in the real estate, infrastructure, pharmaceuticals and information technology sectors.

Telangana is rolling out the red carpet for Singaporean companies to make investments in the state in the backdrop of the exit of a Singapore consortium from the Amaravati capital city start-up area project.

Jagan’s animosity against his bete noire TDP chief Chandrababu Naidu seems to have got the better of him in his penchant for reversing or scrapping the earlier government’s initiatives, upsetting the business applecart in the process. Several projects have been shelved in the process.

Despite the growing intensity of COVID-19 cases, Telangana continues to attract big investments. The officials of the state industries department say that in the last month alone, projects worth around ₹4,500 crores have been unveiled in the state, particularly in and around Hyderabad.

“We continue to receive investment proposals worth hundreds of crores of rupees, which is a good sign for the state’s economy in the post-COVID scenario,” a senior official told #KhabarLive.

On August 11, Medtronic, an Ireland-based medical equipment giant, announced its plan to scale up and expand its Medtronic Engineering & Innovation Centre (MEIC) in Hyderabad at a cost of ₹1,200 crores.

It is going to be the largest global R&D centre outside of the United States for Medtronic generating over 1,000 jobs. This will be a big boost to cement Hyderabad’s position as the hub of medical devices in India.

On August 13, Telangana received yet another major investment proposal from Medha Servo Drives Pvt. Ltd to set up Medha Rail Coach Factory, India’s largest private-sector rail coach factory at an investment of ₹1,000 crores with an employment potential of 2,200 in the state.

Similarly, on August 17, the foundation stone was laid for an advanced polyester film manufacturing facility at Shahabad on the city outskirts, to be set up by Ester Industries Ltd, a leading manufacturer of Polyester Films at an investment of ₹1,350 crores. It will provide jobs to about 800 people.

Two more projects were also unveiled this month: A ₹500-crore smart data center of the National Payments Corporation of India (NPCI), an umbrella organization for operating retail payments and settlement systems in India, and a new Research and Technology Centre of Sai Life Sciences Limited, a growing contract research organization, with an investment of ₹400 crores.

“Post-COVID, there is an immense opportunity for the state to attract investments from other parts of the world, and the infrastructure development and construction sector would play a major role in it,” the Industries Minister KT Rama Rao said.

When Andhra Pradesh was bifurcated in 2014, many thought that there would be a flight of capital from Hyderabad to residual Andhra since a majority of big industrialists and businessmen hailed from coastal Andhra region.

Six years down the line, the reverse is happening.

By cancelling or reviewing the key projects undertaken during the previous TDP regime, including the power purchase agreements with the private solar power developers and Polavaram irrigation project, and shelving the ambitious Amaravati project, the Chief Minister appears to have lost the grip on the development narrative.

The prominent among those who exited the state:

Lulu Group International, a United Arab Emirates-based conglomerate, which was to develop an international convention centre in the port city of Visakhapatnam with an investment of Rs 2,200 crore,

A Singapore consortium, comprising Ascendas Singbridge and Sembcorp Development, exited the Amaravati capital city start-up area project after the government terminated a contract signed with it by the previous government. The consortium was set up in 2017 to develop a 6.84-sqkm start-up area in the new capital in three phases over a period of 15 years.

Adani Group’s ₹70,000 crore solar-powered data storage and technology park is in limbo. The company has ignored the government’s directive to submit an alternative proposal.

Indonesia’s Asia Pulp & Paper (APP), which entered into an MoU with the state government last year for one of the biggest Foreign Direct Investments in the country, amounting to ₹24,000 crores for a greenfield pulp and paper plant in the state’s Prakasam district, has withdrawn its plans. #KhabarLive #hydnews