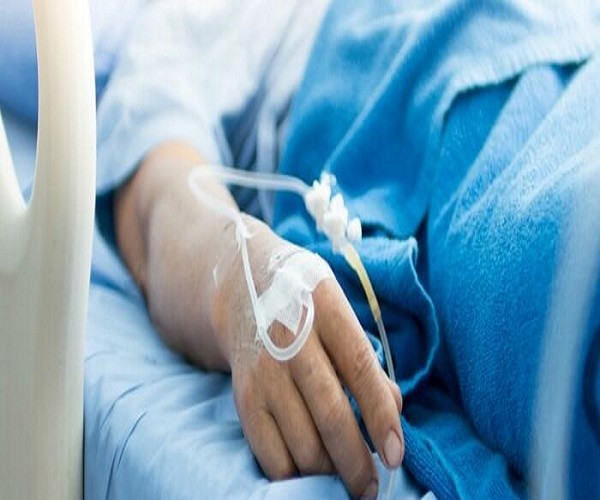 He is a healer and his hand is considered auspicious. People believe that a touch of doctor’s hand is enough to heal, which is called in Telugu ‘HasthaVaasi.’ During olden days, doctor used take the wrist of patient and observe the pulse rate, thereafter it is satirically said, he would watch the purse and assess the money of the patient, and now the first question faced by a patient in a clinic is ‘do you have insurance?’ and that decides the treatment.

Abridged version of above sloka is: “vaidyonarayanoharihi” is used and interpreted to mean doctor is on par with Hari. Hari has two meanings – one is God Himself, the second is one who consumes.

Constitutional Directive
Our Constitution in Article 47 has made a specific directive: “State has to raise the level of nutrition and the standard of living and to improve public health and shall consider this responsibility as among its primary duties in particular…”

Recently, the Union government has announced a scheme called Modicare, which was appreciated as a shot in the arm for the healthcare sector, with following characteristics: increasing the insurance cover per family by over 1500% from Rs30,000 under the existent Rashtriya Swasthya Bima Yojana (RSBY), to Rs5 lakh; and, beneficiaries number about 500 million individuals from financially vulnerable households, a demographic that accounts for 41.3% of the population

Heritage Index of Economic Freedom 2018, which ranks the pecuniary freedom of citizens, found that the top ten nations in the list that had universal healthcare schemes are: Hong Kong, Singapore, Australia, New Zealand, Canada, Switzerland, and Denmark are among the countries that make the top ten.

The United States, which is ranked 12, is upstaged on this front by Estonia and Chile, both of which have universal health coverage. India is ranked 130 out of 180 countries in the study. It is authentically surveyed that there are 79.7 doctors per one lakh people in India.

Ancient wisdom says health is wealth and modern medical merchandise proves that ill-health of the people is the wealth of the health corporate enterprises. Whether state ensures public health or not, it has to at least ensure people’s right to medical/health information of their own. Question is do we have right to healthand right to health information? The Central and State governments are trying to introduce health assurance schemes. We are yet to develop a comprehensive and easy way of helping unhealthy poor and middle classes.

Patients’rights in US
The Association of American Physicians and Surgeons (AAPS) came out with ‘Patients’ bill of rights ’: To seek consultation with the physician(s) of their choice;To contract with their physician(s) on mutually agreeable terms; To be treated confidentially, with access to their records limited to those involved in their care or designated by the patient; To use their own resources to purchase the care of their choice; To refuse medical treatment even if it is recommended by their physician(s); To be informed about their medical condition, the risks and benefits of treatment and appropriate alternatives; To refuse third-party interference in their medical care, and to be confident that their actions in seeking or declining medical care will not result in third-party-imposed penalties for patients or physicians.

Rights in India
The Medical Council of India published, in 2002, a Code of Ethics Regulations (COER). This code does not represent patients’ rights because those mentioned are incidental to the duties and responsibilities of physicians.The Consumer Guidance Society of India (CGSI) has a more comprehensive charter on its website listing eight specific rights of patients:

But these rights are only expectations, legally not guaranteed. The billing section holds complete control over the case sheets, not even the doctor. Patient totally depends upon the mercy of treating doctor and the hospital staff. Patient will be under the grip of fear unless he has abundant black money or wonderful influence or political power.

Clinical Establishment Act 2010
The Clinical Establishment Act 2010 offers a major health regulatory regime both in public and private sector. Certain disclosure related provisions of the Act are as follows:
S 26….“the authority shall cause to be displayed for information of the public at large and for filing objections, if any, in such manner, as may be prescribed, all evidence submitted by the clinical establishment…(after obtaining provisional registration, the CE should give info to the authority, which has to display the same for objections of people):
Maintenance of records and submission of reports and returns as prescribed;
The rates charged for each type of service/facility provided shall be displayed in local and English language conspicuously;
The establishment shall maintain and provide electronic health records (EHR) and electronic medical records (EMR) of every patient as may be prescribed by the Central or the State Govt;
Publishing the particulars of the clinical establishment for public comments / objections / observations, after grant of provisional certificate.

There is a penalty provision: S 42 (2) “Whoever being required by or under this Act to supply any information wilfully withholds such information or gives information which he knows to be false or which he does not believe to be true, shall be liable to a monetary penalty which may extend to five lakh rupees. “

Maintenance of records should have been emphatically stated as statutory duties breach of which should have resulted in deterrent penalties. Weakness of this central law is that, it does not specify the rights of patients against hospitals. If a patient is overbilled, or killed by negligence or for any wrong of the doctors, this law does not provide any quick mechanism to remedy. Hospitals are happy, not the patients. #KhabarLive