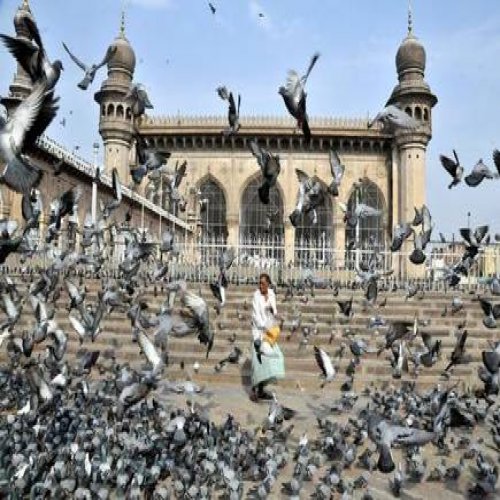 The verdict on the 2007 Mecca Masjid blast case came as a surprise to many. The blast that took place at the Mecca Masjid during Friday prayers killed nine persons and injured 58 others. Other five people were killed in the police firing that followed as the protest erupted after the blast. The case was considered one of the series of attacks targeting minority community between the years 2006 and 2008 including the 2007 Ajmer Sharif Dargah blast, 2008 Malegaon blasts, and the Samjhauta Express attack.

In 2018,the Special NIA court in Hyderabad acquitted all the five people accused in the Mecca Masjid Blast case on the basis of lack of evidence. No one was proven guilty in a case that went on for a span of a decade. The Mecca Masjid Blast case like all other attacks mentioned above was highly politicised as all the accused arrested had links to Right Wing organizations.

Now, after the verdict of Special NIA court, the question that glaringly stares at the investigative agencies is who after all was responsible for the blast?

Let us first look at how the case that shook the nation unfolded over a decade:

In the course of the investigation, the links were found that the blasts were carried out allegedly by some people associated with right-wing groups. The alleged role of Abhinav Bharat cropped up during the investigation which also finds a mention in other similar blasts.

NIA Investigation: After examining more than 200 witnesses and producing 411 documents, NIA chargesheeted 10 people who were alleged to have links with the right-wing organizations.

However, only five of all the 10 accused were caught. The NIA arrested Devender Gupta, Lokesh Sharma, Aseemanand, Bharat Mohanlal Rateshwar and Rajender Chowdhary.

ALSO READ:  How Young Men In Telangana Are Lured Into 'Clinical Trials'?

While Gupta and Sharma were former RSS Pracharaks, Aseemanand was related to the Tribal welfare department of RSS in the past. While Rateshwar was an employee in the private firm, Chowdhury was a farmer.

Out of the remaining accused, Sandeep Dange and Ramachandra Kalsangra are absconding. On the other hand, Sunil Joshi who was the leader of Lokesh Sharma and one of the accused in Samjhauta blast case was found dead before police could reach him in mysterious circumstances. Later on, it was found that he was murdered. However, who murdered him remained a mystery.

Devender Gupta and Sunil Joshi were also named accused in 2007 Ajmer Dargah blast case. In 2017, both were convicted in the case. On the other hand, Swami Aseemanand’s name cropped up in all the three blasts- Mecca Masjid blast, Samjhauta Express blast and Ajmer Dargah blast and Malegaon Bombing.

All of the blasts included similar operating manual such as the use of IEDs and cellphone triggered the bomb. The communication was done through various mobile phones to avoid tapping.

Swami Aseemanand’s role: In 2011 The Hindu report points out, Swami Aseemanand soon after he was arrested had “admitted to having planned terror attacks on Ajmer Sharif, Mecca Masjid, Malegaon and the Samjhauta Express.” On December 18 the same year he confessed in front of Metropolitan Magistrate Deepak Dabas at Tis Hazari courts that he and other Hindu activists were involved in bombings at Muslim religious places because they wanted to answer every Islamist terror act with “a bomb for bomb’’ policy.

In the 42-page confession submitted by him to the court, he had named various top right-wing leaders including RSS pracharak Sunil Joshi (murdered), Sadhvi Pragya Singh Thakur (arrested in Malegaon blast case but acquitted last year) and senior RSS pracharaks Sandeep Dange and Ramji Kalsangra (absconding), as being key conspirators.

His statements were also published in Tehelka magazine. In his statement as reported in the magazine, he said, “I told everybody that bomb ka jawab bomb se Dena chahiye (we should reply to bomb blasts with bombs) I told everyone since 80 percent of Malegaon are Muslims, we should explode the bomb in Malegaon.’’ He also said, “Since Hindus throng to the Ajmer Sharif dargah, we thought a bomb blast in Ajmer would deter Hindus from going there.’’

In an interview with another magazine called Caravan, Swami Aseemanand also agreed to have conspired the terror attacks with the help of other right-wing functionaries.

However, later he retracted his statement. Most of the witnesses in the case also turned hostile which led to court extending him ‘benefit of the doubt’ in the Mecca Masjid blast case.

Thus, it came as an indeed big shocker that even after the much-sensationalized confession, both before courts and before media, Swami Aseemanand was acquitted.

Public prosecutor Rohini Salian told to “go soft”: The former Special Prosecutor for Malegaon blasts case, Rohini Salian in October 2015 filed an affidavit in the court against the Superintendent of Police in the National Investigation Agency (NIA) who asked her to “go soft” on the accused. In an interview to The Indian Express, she earlier had disclosed that soon after the Modi government took power she got a call from one of the officers of the NIA who wished to speak to her in person.

She revealed that just before one of the regular hearings in the case in the Sessions Court, she was told by the same NIA officer that “higher-ups” did not want her to appear in the court for the State of Maharashtra.

Calling back Pratibha Ambedkar: Pratibha Ambedkar, the 2007 batch IPS officer who was supervising the Mecca Masjid blast case as NIA superintendent of police was called back by the UP government two weeks before the verdict. Ambedkar still had five months to complete her tenure at NIA. As TOI reported, the NIA in its order said that she will report to the DGP of Uttar Pradesh.

According to some reports, Reddy is also under scrutiny by the HC’s Vigilance Department. A complaint was filed by a litigant Krishna Reddy in a land dispute case. He alleged that the judge showed “undue haste” in granting anticipatory bail to an accused in the case. He also demanded a “thorough inquiry to know the corrupt practices” of the judge.

ALSO READ:  No Vice Chancellor For 'Telangana Vet Varsity' Waiting To Get Accreditation Since Four Years

Media Trail: As soon as the verdict was announced, TV channels gave their verdict too: There is nothing called Hindu or saffron terror and it was all a Congress/UPA conspiracy to malign the Hindu community – and by extension India – in general, and the nationalist Sangh Parivar, in particular.

Sample the hashtags on some of the channels:

Some of them even ran Twitter polls on the same theme.

These hashtags and debates, however, conveniently ignored the Ajmer blast case where three former RSS functionaries have already been convicted. They busied themselves in their favourite pastime of blaming the Congress party (not Nehru?) for its purported attempt of maligning the Sangh Parivar.

The media that had long turned into a lapdog rather than being the watchdog, did not even dare to ask difficult questions to the government and investigating agencies about their failures in leading all these cases to logical conclusions. Or worse, interfering in these cases? Who, after all killed Joshi? Who were the people behind these attacks?

What is interesting about these cases is that within hours of the attacks some links to LeT/HuJI/SIMI/IM were shown and in days following each of the attacks innocent Muslims were incarcerated on trump-up terror charges. Many of them continue to struggle for acquittals. One can only hope that another round of incarceration for the same cases do not begin.

On social media, many have already dubbed the NIA as another “caged bird”, one allegedly taking orders from Nagpur (the headquarters of the RSS), besides mocking them for aggressively pursuing the alleged love jihad case of Hadiya, while ignoring these terror cases.

Failure of the country’s premiere agencies in almost all terror cases targeting Muslim religious places will only strengthen doubts in the minds of the minority community that the police hold biases against them. Justice delayed is after all justice denied.

The Mecca Masjid case which was already filled with intricate and complex details has become even more confusing after the verdict of Special NIA court. However, that leaves us with one question, whether it was Saffron Terror or not, but will those who suffered in the blast ever get justice? #KhabarLive #hydnews