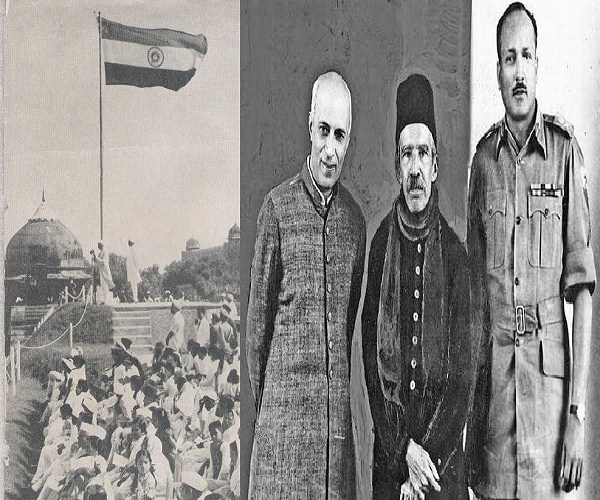 The last Asaf Jahi ruler, Mir Osman Ali Khan, remains an enigma. He would wear a frayed sherwani and think twice before buying a warm blanket. But he wouldn’t mind making handsome donations to educational institutions and temples. Hence his paradoxical sobriquet — a generous miser.

More strange is the fact that he penned a poem to commemorate Republic Day in 1950, when he had refused to surrender the princely Hyderabad State to the Indian Union until the army was called in to force him to do so.

Can a ruler who refused to merge Hyderabad State in the Indian Union hail its transition to a republic? The Nizam did exactly that in this 16-line nazm in Persian.

The new Dawn’s greetings, ‘Osman’, rich and strange. And the four quarters hail the promised change.

He may have been an absolute ruler, but the Nizam was an astute person too. He was well aware of the historical and political changes taking place and lost no time in adapting to the new realities. He did not bemoan his lost glory but embraced the change without any qualms. Being a poet he turned lyrical to express his feelings.

As a Rajpramukh, he attended the official ceremony held at Public Gardens to mark the country’s first Republic Day and then rushed to his King Kothi residence to compose a poem befitting the occasion. It was later translated into English by Sir Nizamat Jung, a well known educationist.

After writing the poem, the Nizam sent its English translation to M.K. Vollody, the then chief minister of Hyderabad, with a request to forward it to higher authorities in Delhi. Vollody conveyed the Nizam’s wishes to V.P. Menon, secretary to the GoI, Ministry of States. Menon in turn showed the poem to the home minister and the prime minister, Jawaharlal Nehru, and the latter felt it would be a good idea to publish both the original Persian poem and its translation. #KhabarLive

ALSO READ:  International Women's Day 2018: How The Day Began And Why The Fight For Women's Rights?