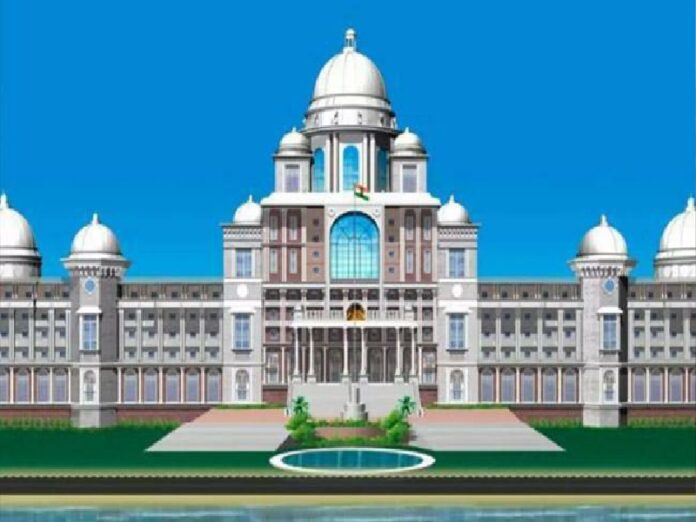 It looks like construction majors Larsen and Toubro (L&T) and Shapoorji Pallonji are likely to be selected for the construction of the much-hyped secretariat complex of Telangana government in Hyderabad.

These are the same two companies which had built the interim government complex (IGM) at Velagapudi in Amaravati, the present capital of Andhra Pradesh during the Chandrababu Naidu government in 2016, amidst the controversy that they had charged a bomb for the construction.

L&T and Shapoorji Pallonji are the only two companies which had submitted their bids for the construction of the proposed Telangana Secretariat complex coming up in place of the recently demolished old secretariat complex in front of the Hussain Sagar lake.

ALSO READ:  The Magical World Inside Your Recycling Bin

In fact, a few other reputed companies like Tata Projects, JMC Projects and Uttar Pradesh Projects Ltd, had also evinced interest along with L&T and Shapoorji Pallonji. But for reasons known only to them, they dropped out from the race.

In the next phase, only these two firms filed their bids which were considered for the financial bidding which was next process. The evaluation of the financial bids is being done on Friday.

If the contract is awarded to both, then it is a credit for them to have built administrative complexes in two states.

Interestingly, there was a talk that KCR might entrust the construction of secretariat to his favourite builder My Home Group, which is also a major construction company in the country. However, the group led by J Rameshwara Rao somehow did not take part in the bidding.

It is proposed to complete the construction within 12 months and is likely to have a total build up area of about six lakh sq ft.

Of the 26-acre area where old Secretariat buildings were located, it is proposed to take up construction in two acres and the rest of the area will go in for greenery and landscaping.

The Roads and Buildings department is the nodal authority overlooking the development process, including tenders.

The Chennai-based architects, Oscar and Ponni Architects, had submitted Secretariat designs, which later went through some changes. #KhabarLive #hydnews