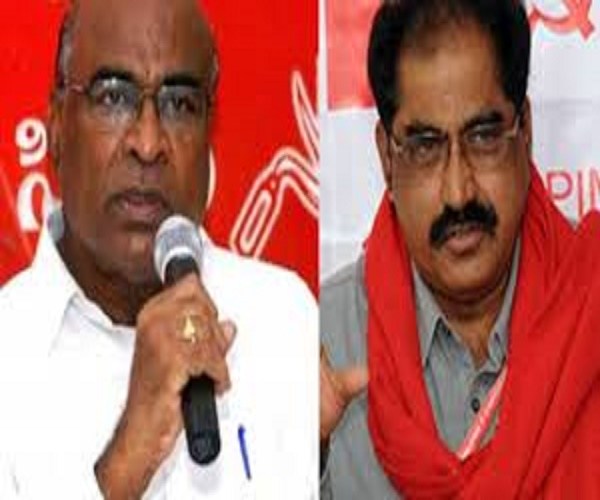 Both the Communist parties — CPI and CPM– are for the first time contesting together in Telangana and joined forces after 20 years of separation. The Left parties as well as Congress, TDP and TJS tasted a bitter experience in the recent Assembly elections held in December 2018 in Telangana.

Last time, CPI and CPM contested together in 1999 elections held in the united AP and since then they’re working separately. “CPI and CPM high command and senior leaders reviewed their situations and took feedback of party cadres from the gross-root levels.

After considering the dismal performance in the Assembly elections in Telangana, the Left parties reviewed their support base and people’s pulse as what factors influencing the most. Both the parties didn’t open their accounts in the recent elections.

CPI and CPM learnt a lesson and have decided to join their forces to contest jointly in the Lok Sabha elections in Telangana,” said a political analyst. CPI state secretary Chada Venkat Reddy and CPM state secretary Thammineni Veerabhadram along with party senior leaders discussed on the future course of action.

CPI and CPM have decided to contest in in four Lok Sabha constituencies. CPM will contest in Khammam and Nalgonda, while CPI will be contesting in Bhongir and Mahabubaad. Howeve, they yet to decide on whom to support in the remaining constituencies.