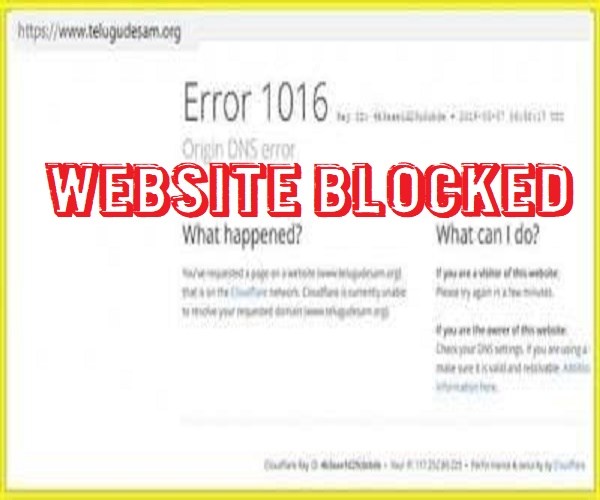 The official website of Telugu Desam Party headed by Andhra Pradesh chief minister N Chandrababu Naidu has suddenly disappeared from the internet. When anybody tries to open the website, the following message can be seen: “You’ve requested a page on a website (www.telugudesam.org) that is on the Cloudflare network. Cloudflare is currently unable to resolve your requested domain (www.telugudesam.org).

It is not yet known whether anyone has hacked the official website of the TDP, or the party itself has blocked its website for any reason.

ALSO READ:  Assets Of Bifurcation Of Two States Split In 77 Out Of 91 Institutions For Telangana And AP

Since there was no complaint from the TDP so far with regard to hacking of its website, it may not be due to hacking. May be there were some technical snags on the Cloudfare service provider.

Another reason could be the TDP itself might have taken the official website away from the network either for improving its site or for making changes in the wake of the recent controversy over alleged data theft.

Apparently, the party does not want to keep any information that would lead to the suspicion that the party is misusing the official data! #KhabarLive