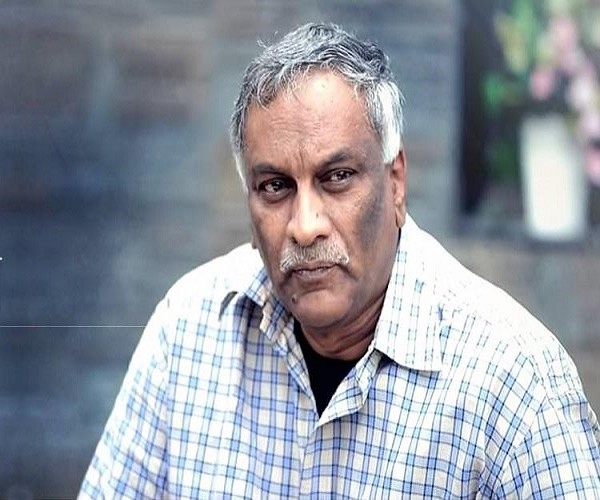 As the #MeToo movement is taking the country by storm with a large number of women calling out men for sexual harassment at workplaces, a number of organisations have been in the dock for not having a proper redressal mechanism to address employees’ grievances. Film bodies have been slammed time and again for not providing adequate representation to women who face harassment on film sets.

Taking cognisance of the matter, the Telugu film chamber, in a major move, has made it mandatory for all production houses in Tollywood to constitute an Internal Complaints Committee (ICC). Speaking to #KhabarLive, producer Tamareddy Bharadwaj confirmed the decision and further added that the law will be put into force only in big production houses that produce movies throughout the year.

“Out of the 800 odd production houses in Tollywood, ICCs will be constituted only in 8-10 houses that have regular staff and produce movies on a regular basis. For production houses that may produce only one movie a year, ICCs are not mandatory as they mostly have employees on contract basis and in some cases may even have employees not working together under a roof,” Bharadwaj says.

Confirming the decision, the spokesperson of Anapurna studios, said that an ICC will be soon set up in the house where employees can approach the members and report any case of harassment.

“In case the ICC is not able to solve the case within its capacity, it will be forwarded to the sexual harassment panel at the Telugu Film Chamber,” she added.

To extend a hand of solidarity, women artistes in the industry have also formed a collective called ‘Voice of Women’ (VOW) that would essentially be a support system for complainants to approach the body and speak of their grievances.

Similar to the Women in Cinema Collective (WCC) in Mollywood, the body will not address issues legally but rather talk to the victims on a personal level and advise them on the course of action to be taken. But a few questions still remain.

How effective will redressal mechanisms be?

How effective will these ICCs be in an industry where so many prominent members belong to families that own the production houses or have been close associates with the organisations?

For example, early this year, producer Vakkada Appa Rao, a close associate of the Konidela production house (run by Ram Charan) was accused of sexual harassment my multiple women, including minors, and the house was quick to sack him from official responsibilities. But later, at the launch of Chiranjeevi’s 151th film, he made an appearance along with the other crew members on the stage.

On being questioned, the Konidela house pointed out that Appa Rao was a big fan of Chiranjeevi and had come for the function by himself. Sources have it that the producer still works for the house ‘unofficially’ despite being sacked.

The Sexual Harassment Redressal Panel (SHRP) constituted by the Telugu Film chamber was set up only 7-8 months ago, after actor Sri Reddy staged a protest in front of the chamber building, accusing men from the industry of sexual exploitation.

K Apoorva, a member of the Movie Artist Association (MAA) and a key voice during Sri Reddy’s protest against the big names in the industry, says that none of the female members of MAA have yet been intimated about setting up of ICCs in production houses.

“The move is appreciable. But it’s also the responsibility of the Telugu Film Chamber to let the women artistes know about the ICCs. How else will the victims, especially the ones from the lower rung in the industry, know what the complaint mechanisms are?” Apoorva asks.

Who’s on the panel?

Even though the Telugu Film Chamber proudly boasts of a sexual harassment panel on its website, the extent of its functions have time and again being questioned.

“Yes, the film chamber does have a harassment cell. They also say the panel has around 20-24 members, including lawyers and medical practitioners, from outside the organisation. But to this day, the body hasn’t disclosed the names of the panel members. Honestly, none of the female members in MAA know who constitutes this bogus panel,” says Apoorva.

Voicing their support for the Film Chamber, however, the VOW say that the panel hasn’t disclosed the names of the members so that outsiders don’t influence those who are part of the panel.

But workplace harassment laws clearly state that it’s mandatory for the members of an organisation to know who constitutes the panel in an ICC. Mere knowledge that an internal redressal mechanism exists is not sufficient.

“We have to make sure that the 25 members have to conceal their identities so that fair process is ensured. If required, the body will furnish details to the court. The idea is to keep the process streamlined in a way where actual redressal can happen. It puts a certain level of confidentiality to the entire proceeding,” VOW states.

While it’s appreciable that women in cinema are forming collectives where women artistes can come forward with their stories, one must also remember that it’s the Telugu Film Chamber which will have a final say as the women’s bodies do not have a legal mechanism of their own.

“It is commendable that women are forming collectives headed and run by women themselves. But what they need to do first is to ensure action is taken against offenders who have been already named and shamed. The test of time is to see to what extent these women, who hold certain power in the industry, are ready to raise their voice and go against the industry’s powerful,” Tejashwi Madabhushi, a member of Hyderabad for Feminism, opines.

“A lot of women have come out in open about sexual predators in various fields, including Bollywood and industries across south. But how many women have spoken up in Tollywood? Barring a few women artistes, how many men in Tollywood have extended support to the #MeToo movement? I think this itself speaks volume about the existing hypocrisy in the industry,” Apoorva says. #KhabarLive