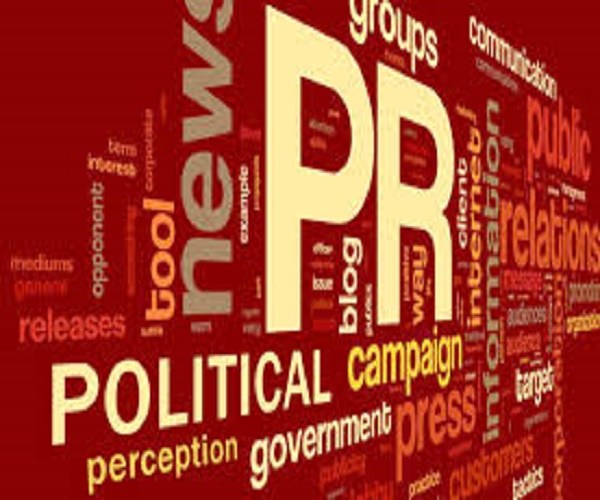 There is a flutter of activity at the office of the Commissioner of Police at Vijayawada. Amid all the chaos, a prominent politician from the ruling TDP emerges after lodging a complaint against the activities of rival parties.

As media persons wait outside for the politician, one man huddled amongst the party cadre appears distinctly different. One look at his attire and it is evident that he is neither a politician nor a party worker.

Minutes after the press meet, as the TDP leader leaves along with his followers, the man heads in another direction. When approached, 25-year-old Phani Bhushan Kukkadapu, who is sporting a blue coloured nehru jacket on a full sleeve shirt, introduces himself as the political strategist working for a handful of MLA and MP aspirants in Andhra Pradesh.

“In terms of election expenses, Andhra Pradesh is a decade ahead of any other state in the country,” he says, pointing out that his organization, Khub, is presently working with debutants like Devineni Avinash from Gudivada constituency and Silpa Ravichandra Reddy from Nandyal, besides four other MLA aspirants and one MP candidate.

With elections just weeks away, several politicians are turning to strategists like Bhushan to better their chances of winning a seat. Once hired, these strategists take over the entire campaign and try to leave nothing to chance.

These strategists employ skilled labour, who analyse conventional political equations and apply modern tactics, like the usage of social media and creative campaigns to reach out to the masses. Even seasoned politicians who have been contesting for decades are availing these services.

“It is not just about managing or analysing social media, it is about understanding the political acumen of the voters and creating a narrative that works in favour of the candidate,” says Abbin Theepura former Media Head of I-PAC who currently works as the Public Policy Manager for ShareChat.

What do political strategists do?
Political strategists work involves coordinating with the client (candidate) and his party cadre on the ground to execute their plans systematically, be it the pamphlet they write, the flexi they put up, an advertisement in the local media, a press release or even catchy slogans and target-oriented campaigns to advance their chances, or decrease that of their opponent.

“We do end to end consultations and concrete surveys at regular intervals to chalk out action plans in each segment, image building based on the clients’ position and geopolitical situation,” said one recent Public Policy Post Graduate turned strategist.

The strategist who works for a firm that is handling six candidates in Guntur district says that they send out foot soldiers to look at issues at the ground-level and possible solutions and file reports at regular intervals.

This could include things like civic issues or even social equations like the distribution of various castes and communities in each constituency. By collecting and analysing data, the organisations are able to identify with high accuracy, how each booth will vote.

While political parties approach larger players like IPAC, the smaller often lobby with the individual politicians or parties.

“There are many factors which weigh in for winning elections. Electioneering using experts (strategists and consultants) is one which has proved to work and win. A consultant or the team can start off working with any party or candidate after understanding the ground to play in.” Abbin says.

Abbin has worked in Andhra Pradesh for a brief period. When asked about what it is like to work for regional and young parties, he says, “They were open to ideas, they understood the need to move forward and they accept the changes. In old and big parties sometimes it’s not easy to get things done and not all suggestions are accepted.”

As far as expenses are concerned, the smaller consultants offer different ‘packages’ based on the duration, ranging from one month to six months for an MLA or MP candidate, while the larger groups can even sign a contract that spans over years, like IPAC.

An insider from the industry said that it costs around Rs 10 to Rs 15 lakh per MLA for one month, to engage the skilled labour, while management of an MP campaign may shoot up to Rs 50 lakh, as it requires more manpower given the larger geographical area.

Phani Bhushan when asked about the ongoing scene in the state, said, “It’s a close call for both the parties. YSRCP got a bit of good branding than Chandrababu Naidu’s TDP, though the latter have good governance but no marketing mechanism. Whereas YSRCP got emotional image using late YSR’s schemes”. #KhabarLive