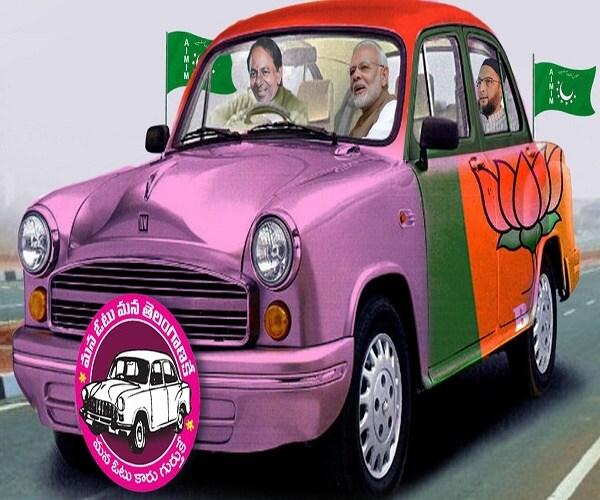 Recently, Telangana Rashtra Samithi working president and IT minister K T Rama Rao made an interesting comment on the possible opposition to his party in the coming elections. He said the Congress was the only opposition party in the state and if at all there was any party that would give some competition to the TRS in the elections, it was the Congress party.

“The Congress has a history and has a recognition among the people. So, it is the only party which is the real opposition to the TRS. The next elections will also witness a fight between the TRS and the Congress,” he said.

On the Bharatiya Janata Party, KTR said the saffron party was very insignificant.

“You have seen its performance in every election. It has no base or strength in Telangana,” he said.

BJP is of the view that KTR’s statement reflected the fear of the TRS on the rise of the BJP in Telangana.

He pointed out that except two members of the KCR family, there was no party organizational structure across the state. TRS has no choice but to always indulge in emotional divisive regional politics & petty minority appeasement to win any election.

“If any election is fought on TRS government’s and KCR’s performance, the party wouldn’t even win a single seat in Telangana state,” Rao said.

He reiterated that the BJP was the only alternative to TRS in Telangana State, as Telangana voters have written off the Congress long back and would reject the TRS in the next assembly elections for its misrule. #KhabarLive