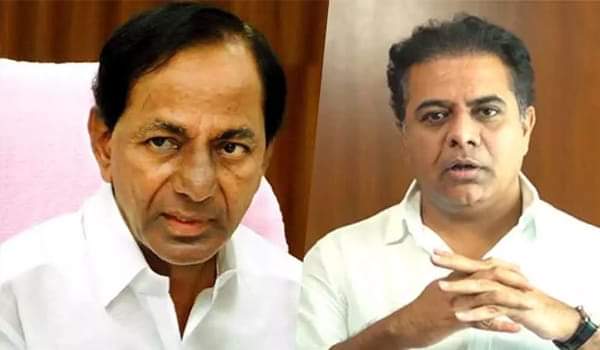 There is an uneasy calm these days in the Telangana Rashtra Samiti camp that is attributed to TRS chief and Chief Minister K Chandraskehar Rao’s unusual maun post his December 11-13 Delhi trip and the party brass’s inability to de-brief him on what exactly transpired during his high-profile meetings in New Delhi.

The pink party, which had suffered warning shots in Dubbak Assembly by-poll and a severe jolt in the GHMC elections, saw insult being added to its injury by BJP state unit chief Bandi Sanjay, who declared that “KCR would go to jail” on corruption charges.

Noticeably, relatively junior ministers and legislators belonging to the party countered that ominous charge; with the brass annoyingly mum, instead of giving a measured response. The pink party, in disarray due to the poll reverses, appears to be struggling to devise an effective plan of action to corner the BJP.

Amidst all this, KCR’s sudden trip to Delhi and his solitary meetings with Prime Minister Narendra Modi and Union Home Minister Amit Shah had triggered speculations that KCR had bargained in vain for ‘political truce’ with BJP.

Almost confirming this, KCR, who returned to Hyderabad at around noon on December 13, left for his farmhouse in the evening the same day. He has stayed put there. Ministers and senior TRS leaders who failed to meet KCR on December 13 at Pragathi Bhavan could not do so even at his farmhouse for the past two days as KCR did not give them appointments.

They, like the party cadre, are eager to know what transpired in Delhi meetings. For, KCR did not share details of the outcome of his Delhi meetings with anyone. He had left for his farmhouse soon after his review meetings on non-agriculture property registrations and recruitment drives on December 13.

Other than his son and IT minister KT Rama Rao, the only two ministers who were present at the review meetings were Mahmood Ali and Vemula Prashanth Reddy.

KTR is learnt to have visited the farmhouse on Monday to meet KCR and spent several hours with his father.

The foregoing developments have pushed TRS ministers as well as leaders not privy to brass-level meetings into utter confusion.

Political analysts say the crisis that TRS is currently facing is similar to the one it weathered in 2009 in the aftermath of the General Election when TRS lost miserably and even KCR offered to step down as TRS chief. During that time too, KCR left for the farmhouse abruptly, forcing party leaders and others to make rounds to the farmhouse and plead with him to continue as party chief. #KhabarLive #hydnews