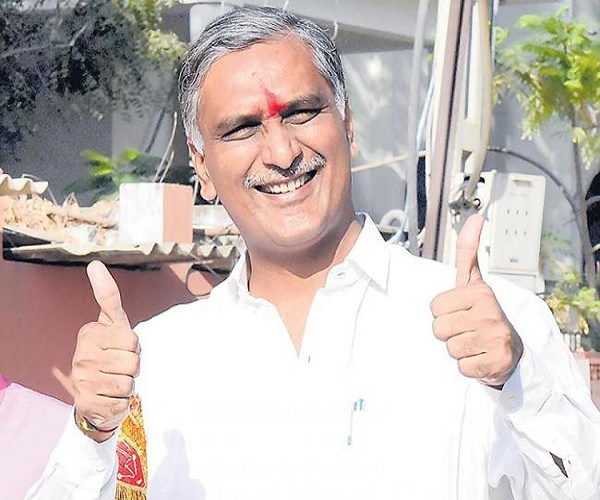 What was tacit all these years is now explicit. With the elevation of KT Rama Rao, son of Chief Minister K Chandrashekhar Rao, as the working President of the ruling TRS immediately after the Assembly elections, the process of succession in the TRS is now consummated. Now that it is formal, speculations are rife over the political future of KCR’s nephew T Harish Rao.

Though there was no open fight between KTR and Harish Rao, it has been a spicy political aspect in the state not just in the ruling party but even in the society at large. The Opposition has even tried to politically exploit this competition for KCR’s legacy within the TRS, to its advantage. More recently, in the thick and thin of election campaigning, Congress working President Revanth Reddy and TDP leader Revuri Prakash Reddy, referred to the alleged political isolation of T Harish Rao ever since the efforts to anoint KTR had begun with greater speed. However, the shrewd politician in T Harish Rao was more than cautious to not give any impression of a rift or disappointment.

At one point, there was even speculation that in the wake of a hung Assembly, Harish Rao would lead a revolt in the ruling TRS and would join hands with the Opposition to frustrate the efforts of his uncle and TRS President KCR to hand over the mantle of leadership to his son KTR.

To be fair to Harish Rao and KTR, the duo left no stone unturned to send across the message that they are together under the leadership of KCR. In fact, frustrated by the growing reports of his disenchantment with the way things are turning out in TRS, Harish Rao in a television interview said that he has no problem to work under the leadership of his cousin, KT Rama Rao. But, such talk is quite common in politics till something unprecedented and unusual takes place, opined political observers and rival party leaders alike.

T Harish Rao was known for his political proximity with his maternal uncle, much before KT Rama Rao plunged into politics. Harish was made a minister by KCR even when he was not a legislator. This was the time when the TRS joined the Congress-led governments, both in the state and at the Centre in 2004.

T Harish Rao with his powerful political skills earned the reputation as the trouble-shooter within the TRS and was KCR’s first choice to execute even difficult political tasks delegated to him. His electoral career is also highly impressive as he breaks his own records in every election. This time too, he won the Assembly elections with over one lakh majority which even KCR or KTR could not secure. Within the KCR cabinet, he was given the all important portfolio of irrigation and proved to be quite effective in his ministerial responsibilities.

Thus, KCR never undermined Harish Rao’s role within the party or the government. Everything went well till the question of who will succeed KCR came to the fore. With KCR repeatedly expressing his willingness to enter national politics, resolving this question became much more urgent. Only in the recent past, things became apparent that all is not well within the TRS, especially when it comes to the role of T Harish Rao.

K T Rama Rao started playing a more important role ever since KCR assumed the Chief Minister’s throne in 2014. Unlike in the past, KTR was given important political responsibility of election management. KTR single-handedly led the TRS to a landslide victory in the elections to Greater Hyderabad Municipal Corporation (GHMC), which is considered to be a difficult task. KTR surpassed all expectations by delivering better than expected results to the party, his father and the state as a whole.

In the recently concluded Assembly elections, KTR played a much more important role as compared to Harish Rao, in the selection of candidates, campaigning and even in pacifying the rebels. Harish Rao was also brought in as a star campaigner along with KCR and KTR, only after the Opposition started taking advantage of the affairs of TRS. Harish Rao was not only at the forefront of the campaign and the attack on the Opposition, but worked hard to dispel any notions of him being sidelined.

But with the appointment of KTR, the cat is out of the bag. Harish Rao has to reconcile with the political reality that his cousin and Chief Minister’s son would be the heir-apparent whatever may be his seniority and political acumen.

The manner in which KCR installed his son leaves little manoeuvrable scope for Harish Rao, at least for now. KCR perfectly chose the timing to declare to the world that his son will succeed him. KTR has proved his mettle many times. He will be asked to do so yet again in the Lok Sabha elections in his capacity as working President of the party, before assuming the role of Chief Minister after his father makes a foray into national politics.

However, given his abilities, nothing can marginalise Harish Rao in TRS as long as he reconciles to the reality and decides to work under KTR. Secondly, he can also move into national politics to assist his uncle. But KCR’s daughter is already in Parliament and is known for being articulate in English and Hindi, which is a key qualification in national politics.

Otherwise, T Harish Rao has to wait for a political opportunity to prove his indispensability only when and if such an opportunity arises. Finally, there is the risky option of floating yet another regional outfit or joining some other party to lead an open revolt against his uncle. But nothing of that sort seems to be imminent, at least for now. #KhabarLive