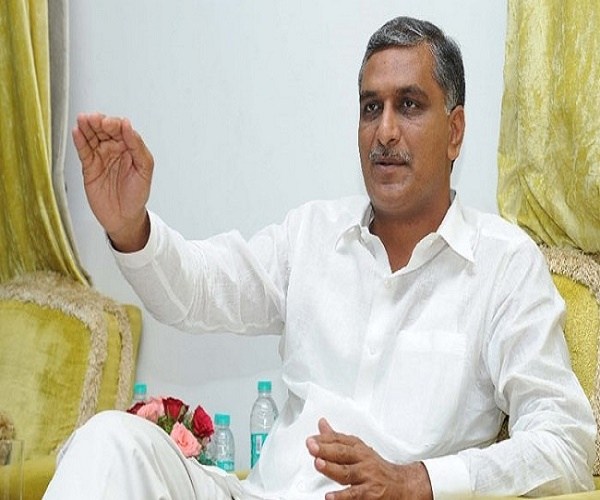 Every senior TRS leader is being involved in the mega function – KCR’s son K T Rama Rao will be looking after the arrangements to receive VVIPs, health minister Eetala Rajender made in-charge of the function and another minister Prashant Reddy will handle the photo-exhibition.

Local MLAs, MLCs and MPs would anyway be involved in one or other activities.

But one person who will be conspicuous by his absence will be former irrigation minister and Siddipet MLA T Harish Rao, who gave his sweat and blood for the project.

Everybody was surprised when KCR told the media on Tuesday that he had toiled day and night for the project and had spent sleepless nights for the same.

“The fact is that it was not KCR but his nephew Harish Rao who had struggled day and night to complete the project and spent sleepless nights for several months. Yet, he is not even being invited for the inauguration function,” a TRS leader said.

Inquiries revealed that the TRS leadership has asked Harish Rao to confine himself to Siddipet and or go to his house in Hyderabad, but not to be seen anywhere near Kaleshwaram.

“This is nothing but a major humiliation for a senior leader like Harish Rao,” the TRS leader said.

“The chief minister says the Centre had done nothing for the project. Let Harish Rao come out and speak the same. He would tell why he had to go round Modi and the Central ministers for Kaleshwaram,” Laxman said. #KhabarLive