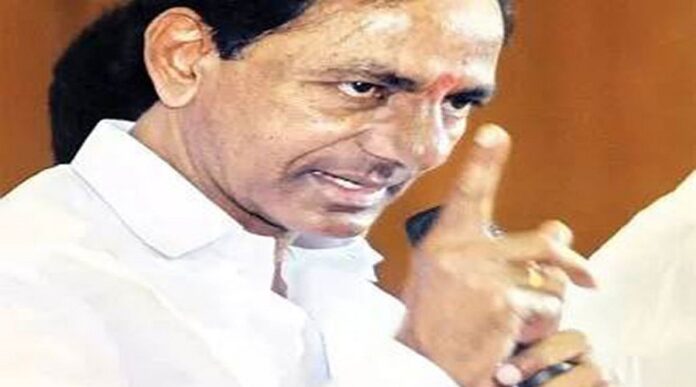 The Telangana Rashtra Samithi supremo and chief minister K Chandrasekhar Rao is generally considered to be the most popular chief ministers in the country and quite some time, since the Corona pandemic it started slowly getting wane.

Most of the Telanganites describe him as the Father of Telangana, as he had fought for and brought the statehood for Telangana. And no political leader of any party at present in the state can match KCR in terms of political knowledge, administrative skills, and the image among the public.

But his popularity appears to be on the decline in the last few months because of his monarchic attitude, failure to address the real people’s issues, and inept handling the Covid-19 situation in the state in the recent past.

It was evident from the way, KCR had fallen drastically in terms of his popularity in the Mood of the Nation survey conducted by India Today-Karvy Insights in the country between July 15 and 27.

While his Andhra Pradesh counterpart YS Jagan Mohan Reddy emerged as the third most popular chief minister in the country after Yogi Adityanath of Uttar Pradesh and Arvind Kejriwal of New Delhi, the Telangana chief minister stood in the ninth position in the country out of the 19 states in which the survey was conducted.

While Yogi Adityanath secured 24 percent votes, Kejriwal got 15 percent and Jagan got 11 percent votes as the best chief minister. However, KCR could end up in the ninth position with just three percent votes.

Even in another survey conducted by popular survey agency C-Voter in the month of June, KCR did not figure in the top-5 chief ministers of the country in terms of their performance.
While Odisha chief minister Naveen Patnaik topped the list of the CMs in terms of performance, Jagan stood in the fourth position along with Kerala CM Pinarayi Vijayan.

In August 2019, VDP Associates conducted a similar survey in the name of Desh Ka Mood. In this survey, too, KCR ended up in the fifth position, while Jagan who had just taken over as the chief minister was in the third position in terms of popularity.

But just before the 2019 Lok Sabha elections, KCR has emerged as the most popular CM in the country in a survey conducted by C-Voter. So, in just one year, KCR’s graph has fallen drastically! #KhabarLive #hydnews