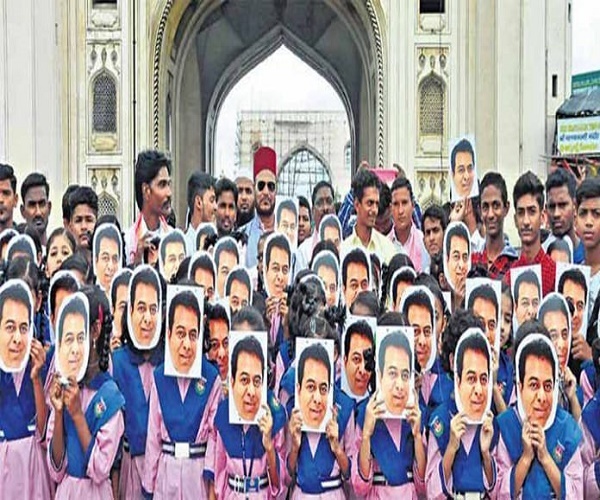 The “Absolute power corrupts absolutely” is an immensely known saying in English. To prove it, here is an example: when Tanguturi Prakasham Panthulu was the CM of Andhra region in the year 1953, a couple of his party friends and other political leaders thought of wishing him on his birthday; then they reached the CM’s camp office and were waiting, with bouquets in hands, to enter the room even after taking the permission of his PA.

The P A went in to apprise him that there were some leaders who wanted to wish him on the eve of his birth day. But the CM said , “No”; and thereafter, he walked out of his office from the back door. The P A was shocked. The next day, the PA asked him, “ Sir, why did not you allow them to greet you yesterday?” The CM answered him: “Today, I am in power; so they have come to wish me; if I were in not power, they would not have visited me … see, if they would come next year for the same.”

ALSO READ:  Despite Many Hurdles And Conforntations, The 'All India Muslim Personal Law Board' Continues To Be Regressive

This writer was forced to share this piece of truth in response to the article “ Wind up all fans assns: KTR to supporters”(07.01.2019). It is really a thought-provoking signal from KTR, the working president of TRS, who asked all his supporters not to form any ‘associations’, or ‘senas’ in his name as KTR Yuva Sena, KTR Seva Dal, KTR Fans Associations in several districts in the state of Telangana and fan pages in social media like Facebook.

Because, such platforms are known as groups which will try to get favour by eulogising the responsible persona who are in limelight with power and position; and some time these fans associations may tempt the responsible citizens to misuse their offices in return to satiate the desires of sycophants.

By asking his fans, KTR has proved himself to be a matured politician, who does not want to entertain such so called fans and associations. It indicates that he does not want to misuse his absolute power to build up his own image. In fact, none can enhance his/her image by eulogising people in power/position; they do come up in their field by working hard is a fundamental rule to be followed by the aspirants in any field.

Besides this, let us congratulate KTR for being invited by Harvard University to attend the Harvard Indian Annual Conference scheduled to be held in the month of February to address as a special speaker in the conference on the theme “ India at Inflection Point.” The conference is expected to be attended by about 1000 educationalists, students and professionals. Further, it is a proud moment for all the people of Telangana, as he is representing the state at international level. #KhabarLive