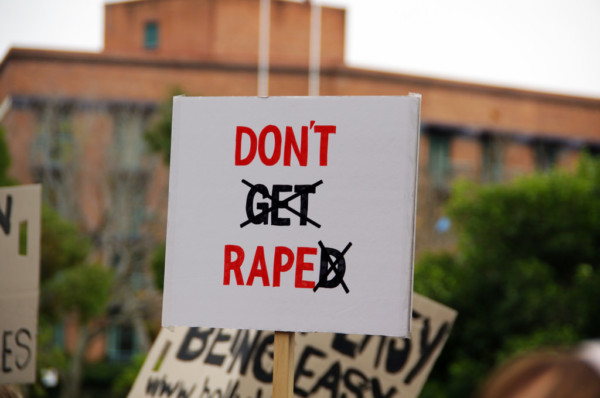 There is very little understanding among police, doctors and even judges about the autonomy and agency of women who live with disabilities.

Kanchana’s mother found out her daughter had been raped only after she became pregnant. The 19-year-old with an intellectual disability had been unable to articulate to her mother, a low-wage worker who made a living selling grass in rural West Bengal, that she was being raped, several times, by a man from the neighbourhood. Even after her pregnancy became impossible to conceal, it was difficult for her to tell her what had happened.

Since August 2013, Kanchana and her mother have made five trips to the courts to attend legal proceedings that they simply do not understand. On one occasion, Kanchana was asked to wait in the witness box, away from her mother. She couldn’t understand why and screamed and shouted, terrified that she was being taken to a lock-up.

When Kanchana gave birth, her mother had to quit her job in order to take care of both Kanchana and the son. An application for financial compensation under a West Bengal scheme is still pending and nobody knows when, if ever, it will arrive.

All over the world, women and girls with disability face a heightened risk of sexual violence. In India they face additional barriers in accessing justice at every level — from reporting and interacting with police, to getting medical care and navigating the judicial process, to finally obtaining the compensation.

“The government has no system to even register attacks against women and girls with disabilities, let alone formulate strategies and mechanisms to respond to their particular needs,” finds a new report by Human Rights Watch (HRW), Invisible Victims of Sexual Violence: Access to Justice for Women and Girls with Disabilities in India.

The new law, passed in the wake of the fatal gang rape of a young medical student in Delhi, makes several provisions that on paper should make it easier to report sexual violence. For instance, while registering a complaint, women and girls with disability are entitled to a special educator, someone who knows sign language, if required.

But in actual practice, these steps are not always implemented.

Police are reluctant to note the full extent of a rape survivor’s disability, thus undermining the process of evidence collection.

In one case, a woman with intellectual disability could not find the words to express what had been done to her; the judge hearing the matter refused to accept her testimony and threw out the case.

At other times, well-meaning interventions might be misguided. For instance, after an 11-year-old girl with an intellectual disability was raped and brought to the police station by her father, police brought in a sign language interpreter to assist with her statement. However, the girl was not deaf and had no knowledge of sign language.

Officially, 2.21 per cent of India’s population, or 26.8 million people, live with disabilities, though NGOs believe the number to be much higher.

Indian women with disabilities are often doubly discriminated against — as women and as people with disability. Men, for instance, are far more likely to receive medical attention since they are often the primary income-generators in a family.

A 2004 study in Odhisa found that nearly all women and girls with disabilities were beaten at home, while 25 per cent of those with intellectual disability had been raped.

An earlier report by HRW, Treated Worse Than Animals, from 2014, documents the shocking abuse of women and girls with intellectual disability in Indian institutions.

Despite the Mental Health Care Act of 2013 and the National Mental Health Policy of 2014, women continue to be forcibly incarcerated in institutions where they are subject to horrific abuse, from forced medication and electro-convulsive therapy, to abysmal hygiene.

Very often, when they complain about rape or sexual violence, they are simply not believed. “There is a huge stigma on the credibility of what they are saying,” said Nidhi Goyal, a consultant to the disability rights division at HRW. “There’s a tendency to dismiss the complaint by saying, ‘Oh, she’s mental’.”

If the perpetrator is the care-giver or a family member, the complaint might not even reach the police station, Goyal added.

The stigma works in other ways. There’s a social attitude in weighing the two testimonies — that of the complainant, an ‘unproductive’ woman with disability, against that of the perpetrator, a ‘productive’ man.

There is very little understanding about the autonomy and agency of women who live with disability, and even though there is a progressive law, there is a lack of awareness on the ground among police, doctors and even judges.

The report makes several recommendations, including the enforcement of the law, the allocation of specific funds within the Nirbhaya Fund, and the collection of disaggregated data on the basis of gender, disability and age by the National Crime Records Bureau.

But, Goyal said, if there was only one recommendation that she were to make, it would be this: Increase awareness on the issue.

Women who live with disabilities are not lesser citizens. Like everybody else, they are entitled to the full protection of the law. And not just on paper. #KhabarLive