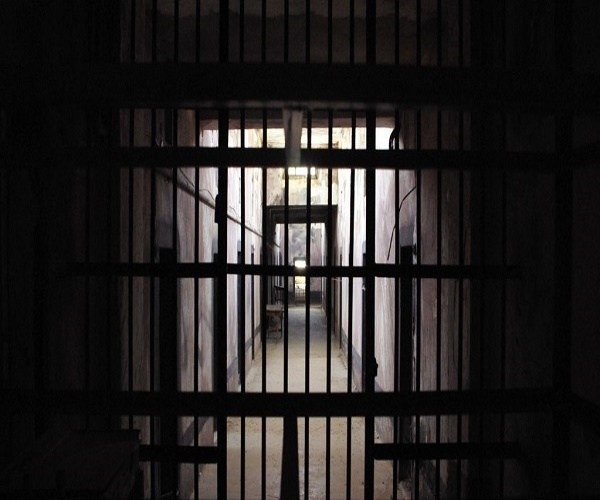 Numerous people, especially from marginalised communities, have had to spend time in jail despite being innocent. Despite this, political parties are unwilling to tackle the issue of wrongful prosecution.

In November 2013, after being incarcerated for more than two years, tribal teacher Soni Sori was released from jail. She received an interim bail from the Supreme Court. In jail, she was brutally tortured and sexually assaulted, and alleged that she was raped. Sori was arrested in October 2011 in Delhi by the Chhattisgarh police on the charges of being a Maoist agent. She eventually named in half-a-dozen cases, including an attack on a police station. She was acquitted in all the cases eventually.

Similarly, her husband, Anil Futane was arrested in 2011 for allegedly planning and executing an attack on a local Congress party leader. He was also acquitted in May 2013, after spending three years in jail. Futane also complained of torture during incarceration. He died in August 2013, while Sori was still lodged in jail. Her plea for temporary bail to perform her husband’s last rites was rejected.

Apart from Sori and Futane, their nephew, journalist-activist Lingaram Kodopi, was incarcerated for several years on forged charges and eventually acquitted.

But this it not the story of Sori’s family alone. Take the case of Niramalakka, who was released on April 3 from the Jagdalpur jail after 12 years. According to a news report, she was named in 157 cases but the court found no evidence in any of them and hence acquitted her.

There are other cases, hundreds of them in central India and elsewhere, where thousands of Adivasis and Dalits are languishing in jails despite not committing any crime. It can be noted here that according to the 2015 NCRB report, Dalits, Adivasis and Muslims constitute 55% of the undertrial prisoners in India.

This is considerably disproportionate to their total share of the population. As per the last (2011) Census, the three communities constitute 39% of the total population in India.

In addition to Dalit and Adivasi men and women, there are hundreds of Muslim men across India who have been languishing in jails, in some cases more than 20 years. The case of the 11 Muslim men recently acquitted of terror charges is instructive. Similarly, the case of the Ahmed brothers from Gulbarga (Karnataka) serves another example.

Like the 11 men, Nisaruddin Ahmed and Zaheeruddin Ahmed were accused of conducting terror attacks to avenge the demolition of Babri Masjid. While Nisaruddin had to spend 23 years in jail, his elder brother Zaheeruddin languished for 14 years. The case of Mohammad Amir Khan from Delhi can also be mentioned in this regard, who was jailed for 14 years before he was pronounced innocent.

The Law Commission’s report
The list of these cases is long and spreads across the country. However, there is one thing common to almost of them, which a recent report by the Law Commission of India defines as wrongful prosecution. According to the commission:

Wrongful prosecution…are the cases of miscarriage of justice where procedural misconducts – police or prosecutorial, malicious or negligent – resulted in wrongful prosecution of an innocent person, who was ultimately acquitted, with a court making an observation or recording a finding to that effect. The underlying sentiment being that such person should not have been subjected to these proceedings in the first place.

Notably, the commission has referred to some of the cases mentioned above to illustrate its point before reaching its conclusions and recommendations.

In fact, a draft bill, the Code of Criminal Procedure (Amendment) Act, 2018 is presented in the report.

No takers for the issue
However, no major political party is willing to take up this issue. This is despite the fact that the problem affects a substantial section of the country, if not a majority of its population. It has been more than six months since the commission submitted its recommendations. There has hardly been any discussion about it. It seems there are no takers of this important issue.

Even in the Congress manifesto, which has a section on review of laws, rules and regulations, there is no mention of wrongful prosecution. Unlike specific promises about omitting laws related to sedition and defamation, there is no clarity on how it is going to ensure that ‘detention without trial’ will be put to the end. Nor is there any mention of amending the CrPC as suggested by the Law Commission.

It is important to note that like sedition and defamation, there has been a long standing demand by human rights organisations to scrap off section 197 CrPC, which requires sanction of the government to prosecute public officers for offences alleged to have been committed purportedly during the discharge of their duty.

It is a well documented fact (referred in the Law commission report also) that most often, sanction is not granted to prosecute officers, citing that it will lower the morale of the police force. As a result, they go unpunished despite there being ample evidence to show and prove that the officers were indeed guilty of the crime alleged.

Given the enormity of the issue, it should become an electoral issue. Unless there is change in the law, wrongful prosecution will continue to ruin people’s lives, especially those who belong to marginalised communities. #KhabarLive