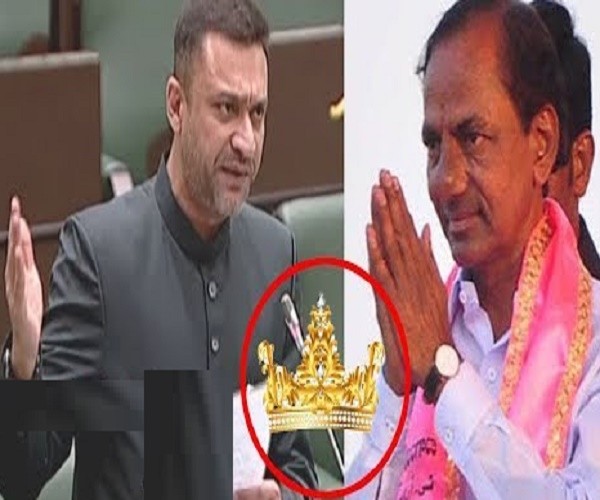 When the TRS began its election campaign, everything looked pink and rosy. But, as the time passed by, things got hotter and a united Opposition has begun giving the TRS a run for its money. The things are no rosy now. A victory is not going to be a cakewalk and the party has now realized that it has to huff and puff to get there.

Even the BJP, on which the TRS pinned lot of hopes, is proving to be a tough nut. The BJP too is very critical and harsh on the TRS. So, who to turn to? It is at this juncture that the TRS has decided to knock the doors of its tried and trusted ally – the AIMIM and its boss Asaduddin Owaisi.

The TRS wants the AIMIM to put up candidates in various constituencies to ensure that the Muslim votes do not go to the Congress. This will help the TRS indirectly. This arrangement will have great impact in communally sensitive places like Karimnagar, Nizamabad and Adilabad. In other seats, the AIMIM workers will campaign for the TRS.

The quid pro quo is that on winning the TRS government will give deputy CM post to the Majlis, besides some key ministries. Owaisi has recently gone over to Pragathi Bhavan and held long parleys with KTR on the issue. And the outcome is surely positive thatTRS will dedicate the deputy CM post to Majlis and possibly Akbaruddin Owaisi will be placed.

So, wait for a TRS-MIM Government soon and MIM candidate as deputy CM. #KhabarLive