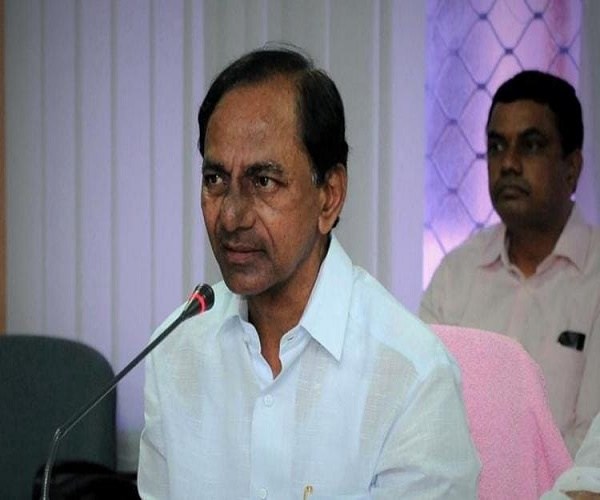 Telangana chief minister and TRS supremo, K Chandrasekhar Rao, known by his initials KCR, was almost on his way out when his alliance with UPA-I was broken and 12 of his Telangana Rashtra Samithi (TRS) were subjected to poaching by the Congress in power in the undivided Andhra Pradesh in 2008.

KCR was belligerent, challenging the authority of the then Congress regional satrap YS Rajasekhar Reddy as part of advancing his pro-Telangana agenda, and YSR obviously sketched a plan to stop him. The plan worked, 12 out of 26 TRS MLAs fell out with KCR and formed a separate group in the 294-member Assembly. Existential issues forced KCR to seek the resignation of his party’s remaining MLAs and go for bye-elections in April 2008. But the results reduced his party strength to seven.

Ironically for the Congress, history is set to repeat itself with the chickens coming home to roost for grand old party after a decade. As per reports, 13 lawmakers – two-thirds of the Congress’ flock in the Assembly – crossed over to the TRS after being elected four months ago. In the Legislative Council, the Congress has only a lone member, T Jeevan Reddy, after a mass defection of its stock. In an apparent bid to avoid disqualification under the Anti-Defection Law, the defected MLAs are likely to form a separate group associated with the ruling party.

For the Telangana state elections in December 2018, the Congress headed a grand alliance, a combination of Telugu Desam Party, Prof Kodandaram’s Telangana Jana Samithi and the CPI, to take on KCR’s TRS but ended up with only 19 seats. The Congress suffered defections ahead of the current Parliamentary elections. With this the Congress is likely to lose the opposition status in the Assembly. And KCR is poised to become an undisputed leader with its friendly All India Majlis-e-Ittehadul Muslimeen (AIMIM) who have seven members and the Congress rebel group in the making, in the absence of a vocal opposition. The BJP has a lone lawmaker and the Left parties have no representation in the present Legislative House.

Signs of intolerance
KCR, carrying the demigod image rode to power with a landslide victory. But KCR’s second stint does not seem to be smooth sailing as before. The recent turmoil over the intermediate results fiasco triggering suicides by 23 students, angry protests by farmers for water and remunerative prices, and the humiliating defeat of TRS candidates in the Legislative Council elections in March suggest a roller-coaster ride ahead for KCR. Mass defections are viewed as an attempt to suppress dissent and stifle opposition voices. Even during his first term, KCR allowed the defection of several MLAs from the Congress on a large scale and even made one of them a minister in his cabinet.

Similar is the course of turncoat politics in the neighbouring Andhra Pradesh. Although the Telugu Desam Party lost 13 out of 15 MLAs to the TRS in Telangana, its leader N Chandrababu Naidu too patronised turncoat politics back home in his native state, taking 23 lawmakers from the YSRCP into his party and even inducted four of them in his cabinet.

But Naidu took potshots at Prime Minister Narendra Modi for saying that 30 Trinamool Congress MLAs were in touch with him and ready to rock Mamata Banerjee’s boat in West Bengal.

Anti-Defection Law ignored
The Speaker of the House is the final authority to decide on defection cases as per the Anti-Defection Law. As the Speakers in Telangana and Andhra Pradesh state Assemblies did not act on defections, the defected MLAs escaped disqualification and continued in their posts for a full term during 2014-19. The Congress in Telangana and the YSRCP in Andhra Pradesh moved the court seeking disqualification of the defected lawmakers but failed in their attempts.

Political analyst T Lakshminarayana says it is time to take a fresh look at the Anti-Defection Law in order to bring values and credibility in polity. There is no timeline for the Speaker to rule in defection cases, which helps defected lawmakers continue in their posts until the expiry of their term. The trial in defection cases may be vested with the Election Commission with provisions for a judicial review, Lakshminarayana moots. #KhabarLive