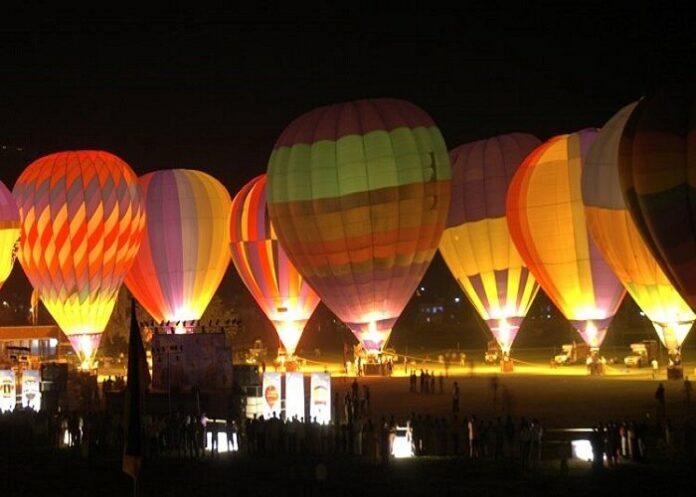 A night-time forest tourism programme is expected to be launched soon in the Araku valley region near the Eastern Ghats of Andhra Pradesh. The Andhra Pradesh Tourism Development Corporation will pilot the program in Sunkarametta, a tribal hamlet near the valley in Visakhapatnam district. The move has raised concerns over the possible environmental and social impact in the region.

Speaking to #KhabarLive, Sohan Hatangadi, a Visakhapatnam-based environmentalist, says that the program is likely to disrupt the animal life in the forest, apart from having other negative effects. “Even as recently as 10 to 20 years ago, the Araku forests were teeming with wildlife. We had flying squirrels, different types of bats and birds.

Today, many of them are decimated. The diversity of species has gone down. The insect populations have fallen. The numbers of different amphibians and even bears have reduced. Earlier you could spot a hare at every 50 feet. You don’t see that anymore,” says Sohan. He adds that promoting night tourism at this point is likely to worsen the impact on animal life.

Vivek Rathod, a wildlife activist and co-founder of the Vizag Birdwatchers’ Society who also works as a snake rescuer with the forest department, says that human presence is only likely to drive animals in the forest away from their familiar habitat.

“Even if the purpose is to educate tourists about the animals, it will be very difficult to spot them, especially at night. Besides, the animals are likely to move away from the area due to human presence. If they end up accidentally venturing into human habitats instead, their lives will only be endangered,” says Vivek.

Sohan says that disorganised night tourism is already booming in Araku, with people often camping outdoors. But the tourists are often not responsible or sensitive to the surrounding environment, he says. “Tourists often play loud music. There is a lot of light and noise, with bikes revving and cars honking. People often drink alcohol and throw the bottles away. A lot of garbage gets accumulated,” he says.

Reprioritising tourism initiatives
Vivek says that the tourism department would be better off focusing on improving existing programs. “With many programs, there’s a lot of funds and enthusiasm in the beginning but it becomes difficult to sustain in the longer run. The department should focus on improving those features instead,” says Vivek.

The night tourism program will reportedly be conducted with the support of the state forest department. The collaboration itself is dissonant, says Sohan. “The forest department’s job is to safeguard the forests, while the APTDC’s interest is in bringing more people there, which will inevitably have an adverse impact on the ecology, unless they work to ensure that tourists are more educated and mature,” Sohan says.

Considering the current state of tourism in the region, Sohan says it will be difficult to ensure that the night-time forest program will be sustainable. Instead, he says there should be a focus on educating tourists about the local flora and fauna.

“For instance, programs can be conducted in the day time on how to handle snakes, how to identify and be sensitive around local flora and fauna, and to learn more about plants like the Araku coffee,” he says, adding that unless tourists are oriented beforehand on how to behave responsibly in the forests at night, the consequences for the animals could be disastrous. There is also a high chance of accidents at night as the roads are very congested, he adds.

Moreover, bringing in tourists at night could also put the local population, particularly the women, in danger, he says. The valley’s population predominantly comprises of Scheduled Tribes.

Meanwhile, IKV Raju, Divisional Forest Officer for Paderu, says that so far, they have not received any proper information on their role in the program. “If the program is conducted inside the forest area, they will have to take required permissions from the PCCF (Principal Chief Conservator of Forests,” he said, adding that tourists will not be taken to interior areas which are more sensitive.

Raju also said that while people have been attacked by bears in the region in the past, forest department officials will ensure that there will be no harmful impacts on both tourists and animals.

Improving existing infrastructure
The Andhra Pradesh government has been pulling out all stops to promote Visakhapatnam district as a major tourist destination. While the city itself has seen events like a yachting festival and a music festival, two editions of a hot air balloon festival have been held in Araku. However, Sohan says that the town has a long way to go to in terms of development of infrastructure and amenities.

“The Araku town itself is in doldrums. It is growing fast but in a very unplanned manner. The roads are congested, the movement of traffic is haphazard, and there is no space for parking. Every building looks different is incongruous to the surroundings, the drains go awry. The very essence of the place which was an attraction for tourists will be destroyed irreversibly if the government does not step in to control the disorganised growth due to commercial tourism,” says Sohan.

He says that the situation is a common quandary in tourism, where the footfalls may increase but the revenue remains low. “A lot of people will come in, but will not spend much. They will only impact the sensitive area and leave problems for the locals and future generations,” Sohan says, adding that unless the existing amenities are improved and tourists are educated, the environmental and social impact will be destructive. #KhabarLive