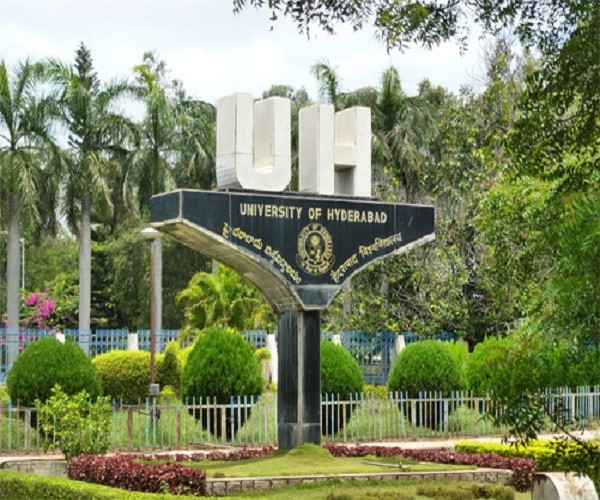 The University Grants Commission (UGC) will grant ‘special status’ to a number of universities including JNU, AMU, BHU and UoH, as well as eight colleges. This will allow the universities to hire foreign faculty, set up off-campus centres, and incentivise salaries, and the colleges to write own syllabi, conduct exams and declare results.

There is a need for autonomy across universities, but it should not be abused. For starters, autonomy should mean non-interference from both the UGC and the government.

Keeping that in mind, the reforms proposed by the ministry of human resource development are in line with the earlier schemes of autonomous colleges. This scheme has been around for some time and allows colleges to have freedom and control in some areas, particularly with regard to course examination.

The same concept has been taken forward and new universities may be included in the list.

Autonomy is always a good thing. It should also be extended to other institutions, but it must be combined with accountability. What is being done is proper. It will help colleges make the adjustment and increase the feasibility of their actions, besides granting them the power to make positive, constructive change. But there has to be a system to ensure that the basic rules are being followed.

The academic reforms introduced when I was the UGC chairman were welcomed everywhere. These included the semester system, grading and credit system, evaluation through essays, literature review and assignments, and less through written examination.

The UGC doesn’t dictate curriculum; the universities are free to choose courses. It is only when a university or college introduces degrees that they have to seek the UGC’s recognition. The commission does not interfere as long as the broad conditions are met. The UGC’s limited job is to ensure that the rules are being followed. The UGC’s overall responsibility is to coordinate and maintain the standard and, for that purpose, it laid down the standard for higher education. It is the regulatory framework of these standards that higher education institutions have to observe.

Generally speaking, the UGC doesn’t really interfere in the academic working of any university. That is controlled by each institution’s executive and administrative body. Frankly, there is more interference by the state government in state universities, than by the UGC.

There is a need for autonomy across universities, but it should not be abused, and made subject to accountability.

UGC is not the problem that plagues our colleges and universities, political interference. The benefits of autonomy will depend on how this opportunity is used by the colleges and universities. If it is exercised for improving the course and curriculum, attracting better faculty and promoting research work, it will yield great results; but if we end up using the autonomy to appoint people on the basis of considerations other than academic merit, autonomy will be a liability.

The state of our colleges and universities is not entirely the fault of the UGC or interference. In fact, political interference is more of a problem. There is great inertia in our institutions, particularly colleges, not to update courses and curriculum. Students are given very few assignments. Whether autonomy will change the existing mindsets is a moot question.

In the universities and institutions where undergraduate and postgraduate studies are conducted together and reasonable research work is going on, autonomy can be very useful. However, in colleges that are carrying out only undergraduate education, teaching and updating of courses and curriculum needs to be monitored through quality-control analysis. This quality control can be done by the university to which the colleges are affiliated or by the UGC or other bodies.

Autonomy alone is not the panacea for all ills that universities in India are facing. The decision of the ministry of human resource development to accord autonomy to 60 universities is a long-cherished demand of the academic community, which has been opposed to the bureaucratic culture prevalent in the administration of the university and college system. Universities today are fast competing with each other in the global marketplace. They are continuously experimenting with new to newer pedagogy and entering new areas of research and teachings. Only those that impart skill and add value to the knowledge system will survive.

Unfortunately, universities and colleges in India are really in a sad state of affairs. Over the decades, universities have turned out to be centres of information-recycling, rather than breeding grounds of ideas and knowledge.

Change is not welcome, be it in syllabus or pedagogy. Both learners and teachers enjoy remaining in their comfort zones. The system has internalised rigidity in functioning to hide its incapacity and inefficiency. It takes years and, at times, decades to change the syllabus and curriculum. Vice-chancellors are in the role of administrators rather than academic leaders. Very few of them have the capacity and courage to lead the academic communities with dignity and self-respect.

There is hardly any university that is in the news for good experiments with pedagogy and research.

A few years ago, the University of Delhi tried to experiment with, and subsequently mustered the courage to introduce, four-year undergraduate programmes, with focus on research, new pedagogy and skill-based curriculum. But the professional trade unions in academics, driven by their narrow political considerations, did not allow it to happen.

Autonomy alone is not the panacea of all ills that the universities in India are facing today, but it will certainly allow the institutions to grow the way they want to. They will now also have to take pains to generate money and create resources for themselves. And this will be possible only when they remain relevant for students. Autonomy needs to be celebrated but that also means a great responsibility for these institutions to perform and excel in order to be relevant.

In the Indian context, universities have demanded autonomy from the UGC, and colleges from both the UGC and their affiliating universities. The university model of affiliation we follow is patterned after the University of London. It has now become quite unwieldy. No university can manage thousands of affiliated colleges. The sheer paperwork is extremely voluminous.

Definitely, universities and colleges that have aspired to autonomy are happy with the decision. Many colleges in the southern part of the country and in Mumbai have been arguing in favour of it.

However, there are more complexities to actually realising autonomy than simply the relationship between the Centre and the university, mediated through the UGC. Many colleges and universities are worried that this will lead to a decline in funds provided by the state.

Also, while on the one hand, autonomy is being granted, on the other, choice-based credit system is leading to greater centralisation in curricular freedom. Colleges from Kochi have complained of being fined by their affiliating university, Mahatma Gandhi National University, for changing their coursework over 20 per cent of the centrally prescribed bureaucratic limit.

We can’t be talking of autonomy and leave universities and colleges without any scope for reform. A number of changes need to be seen in the government before autonomy can become a real idea.

For the moment, we must accept this as the MHRD having put its money where its intentions lie.

The move to entrust greater autonomy to well-performing institutes has come too late. Almost every committee that has examined the state of India’s higher education has recommended freeing it up from the shackles of the regulator, University Grants Commission — with many, in fact, advocating that it be scrapped for good.

Global experiences also indicate that autonomy helps create ecosystems that support and nurture academic excellence. Indian experiences have similar examples in the form of the three older IIMs that have been near fully autonomous for years now and have grown into enviable brands.

At the other end, it was under the watch of this very government that the UGC shot off notices of closure to 10 prestigious institutes on opening off-campus centres, and scrapped them.

Delhi University’s four-year undergraduate programme (FYUP) was scrapped in a way that damaged both institutions.

The latest move, therefore, to entrust greater autonomy to well-performing institutes, has come a little too late.

Whether this increased autonomy will help create academic excellence, however, will depend on two key factors — an institute’s leadership and governance model.

Both need to be entrusted ultimately to the institution to truly build unique academic cultures that will answer as much to pursuing excellence as to more accountability.

While the latest graded autonomy regulations do devolve many powers to the institutions’ academic and administrative bodies, the leadership of the institute continues to be bound by governmental processes. This will have implications for every JNU or Jadhavpur University that may have been given more freedom. But ultimately it depends on the VC — especially if a VC is more answerable to the powers that appointed him rather than the institute that he presides over. #KhabarLive