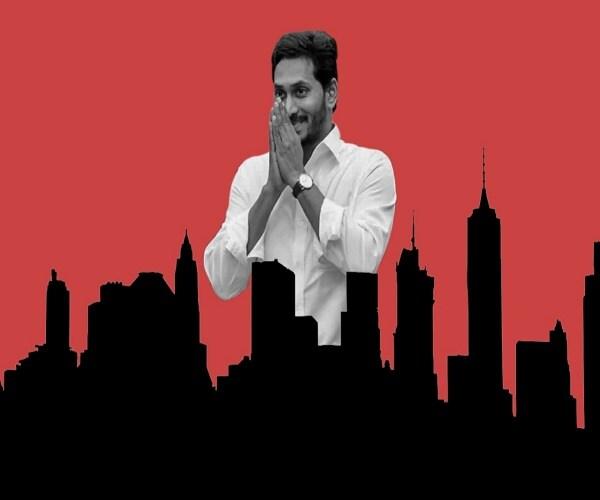 What would happen to his image as a Chief Minister who would never go back on his word? It would indeed be a big embarrassment for a popular leader who had won a massive mandate (86% seats in the Assembly or 151 out of 175) to go against his own . YS Jaganmohan Reddy, Chief Minister of Andhra Pradesh faces this dilemma, having recently completed yet another calendar year in the five-year term as CM he got 19 months ago.

Complete change in the composition of the cabinet and scrapping of the AP Legislative Council. This is because Jagan simply cannot afford to follow his decisions, which were taken with an emotional touch in the beginning.

Jagan stormed to power in Andhra Pradesh after struggling for eight years in his individual political career. Earlier, he was elected to the Lok Sabha from the Kadapa constituency, which has been the family’s bastion for decades.

Following the sudden death of his father and then chief minister Dr.YS Rajasekhara Reddy, Jagan faced much ‘suffocation’ in the Congress at the behest of party’s leadership for defying its diktats. He came out of the Congress and floated the Yuvajana Sramika Rythu Party and got approval from people of the state by attracting Congress cadre. It was strange to see that the party which had taken utmost care of YSR to make him chief minister despite internal opposition had to lose his son Jaganmohan Reddy who had shown some promising signs.

Jagan outrightly rejected the proposal placed before him by the Congress high command that he would be made CM after subsequent election and that he should work meanwhile as a member in the Union council of ministers besides accepting PCC leadership. He insisted on immediate ‘coronation’ as CM, considering that the then ruling Congress unit was thriving because of the hard work done by his father. Although Congress accepted YSR’s labours in bringing the Congress to power, it disapproved of Jagan’s demand for immediate chief ministership.

Jagan, having emerged as an unmatched leader in the state with 151 legislators in AP Assembly, delivered an emotional speech in the first-ever meet of his party’s legislature wing. He announced that all the two dozen ministers will be changed upon completion of half of their five-year tenure. That grand occasion will approach him by the end of this year.

Now, what would be the priority for Jagan for implementation his own agenda? Would removal of the entire cabinet be feasible?  It is unlikely.  Such a rare political development took place in the unified state of Andhra Pradesh exactly 31 years ago during the regime of TDP founder president N. T. Rama Rao.  At the fag end of his second stint, he got his entire cabinet of 31 members to resign owing moral responsibility for leakage of annual budget proposals. This political sensation was witnessed on 8 February, 1989. Following political disturbances NTR faced in the wake of murder of Congress’ MLA V. M. Ranga Rao (Vijayawada-East), he was believably told by his astrologers to go for subsequent elections with completely new faces in cabinet. This element had worked like a guiding force for NTR to seek the removal of all of his 31 colleagues in the cabinet. Only three days later he came out with another 31 new faces in his new team.

If Jagan wants to keep his own word of replacing his entire team after completion of half period of his tenure,  he will have to follow in the footsteps of NTR! Tense moments have already begun for some ministers, negatively impacting administration.

Another crucial issue is brining the curtains down on the AP Legislative Council, for which the AP Assembly has unanimously resolved and sent the resolution to the Union government for follow-up action. Providing anyone an opportunity in the council is nothing but a way of quenching the flames of dissidence for leadership. Cabinet aspirants, potential ticket seekers and important functionaries in the party would generally find place in the Upper House of Legislature at the behest of leadership.  Jagan got annoyed and became furious with the Council coming in way of getting his ambitious three-capital project approved. Principal opposition party Telugu Desam is having a majority in council, which shattered his dreams.

Following this bitter experience, the Jagan government decided not to have upper house in state’s legislature. The state government put the responsibility on the shoulders of union government to see the end of the council. But interestingly it has come to the notice of ruling party that it would get majority in upper house by 2021. If only the ruling party could wait patiently for some more time, it could have the last laugh in getting the bills approved in Council too! So, if Jagan goes for scrapping of council, it will be going against the ideology of his father late YSR who got the council revived after strenuous efforts and lobbying at Centre.

Jagan could not digest the opposition’s majority in the council. He decided to follow NTR who had seen the end of council for the same reasons in 1985. Political benefits that could follow continuation of the council may influence Jagan in this regard as dissidence too can effectively be tackled.

One has to wait and see whether Jagan acts with wisdom or yields emotional feelings! #KhabarLive #hydnews