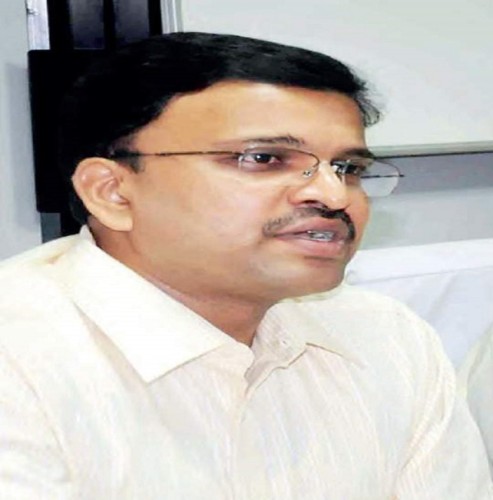 Though senior IPS officer VV Laxminarayana is considered an anti-corruption crusader and a no-nonsense officer because of leading investigation into high-profile cases like the Satyam scam and Jagan’s disproportionate assets case, he does not have a large fan following like Jana Sena founder Pawan Kalyan.

He was also involved in the investigation of chopper crash of the then Chief Minister YS Rajasekhara Reddy, Emaar properties and the Obulapuram Mining case.Thereafter, the senior IPS officer VV Laxminarayana went back to his parent cadre of Maharashtra where he is currently a Additional DGP rank officer, waiting for his VR to be accepted. Back then, Jagan Mohan Reddy and his colleagues did accuse Lakshminarayana of being close to certain political parties but the IPS officer, riding high on success then, chose not to react or simply dismissed them. In fact, his rivals went to the extent of maligning his image on personal issues.

ALSO READ:  How To Help Elderly People Living With The Disease On World Alzheimer’s Day?

“To expect him to join TDP would obviously give Jagan’s camp enough ammunition against the ruling party because Lakshminarayana was the man who arrested Jagan, his deputy V Vijay Sai Reddy and others.”“As for BJP, it does not have the required cadre and presence in Andhra Pradesh and after TDP pulled out, BJP is being accused of neglecting the state. The only option before him was to join Jana Sena but the changing political equations seems to have thrown up the option of floating a new party to take on the opponents. At the moment, he is weighing the pros and cons of it all,’’ sources in the know of Lakshminarayana’s moves, disclosed.

ALSO READ:  Pandemic And The Panchayats Of Telangana

For the TDP, the need to consolidate the Kapu votes — especially after Pawan Kalyan went all guns blazing at Chief Minister N Chandrababu Naidu and his son Lokesh — is a top priority and in case Lakshminarayana floats his own party in the run up to the 2019 elections, he may split kapu votes, though, not to a very large extent.

While Pawan is taking on Chandrababu Naidu government over a variety of issues including corruption, special status and farmers’ distress, the TDP has been accusing the power star of acting at the behest BJP.

The Jagan camp, whom the TDP is accusing of being promoted by the BJP, is also closely monitoring what Lakshminarayana is up to in the days to come. At the moment, Jagan’s camp is engaged in a fierce battle with the ruling TDP.

But once Lakshminarayana’s enters the political fray, YSRCP would leave no stone unturned in targeting officer who is seen as Jagan’s “enemy No.2’’ (enemy no.1 being Chandrababu Naidu).As for Lakshminarayana, the alleged disproportionate assets case against Jagan will come in handy for him to attack Jagan as he is the man who investigated him. Hailing from Kurnool district, Lakshminarayana belongs to the ‘Balija’ community — a dominant community in Rayalaseema region.

He is also a motivational speaker who made several high-impact speeches, which has been a hit with the youth in different parts of the state. He is an active member of Lead India Foundation, Hyderabad which was started by late President Dr APJ Abdul Kalam. #KhabarLive